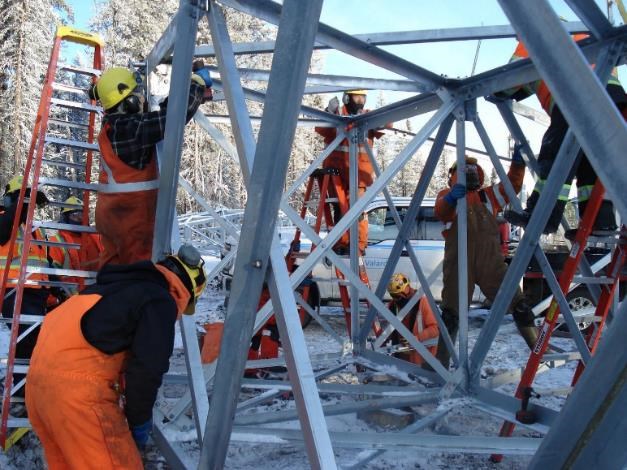 The Watay Power Project is garnering national attention for its efforts toward sustainability.Supplied photo

The Wataynikaneyap (Watay) Power Project, which is connecting 17 northern First Nations to the provincial electrical grid, is being acknowledged for its commitment to reduce the generation of greenhouse gas emissions.

It was one of 24 projects from across Canada named to the Clean50 list, an initiative of Delta Management Group, which recognizes “outstanding contributions to clean capitalism.”

The $1.9-billion project, which is ongoing, involves the development of 1,800 kilometres of transmission line and related infrastructure.

When complete, it will provide electricity to 15,000 residences and businesses for the first time, forgoing the expensive and unreliable diesel-generated power they’ve relied on to date.

Fifty-one per cent of the project is owned by 24 Indigenous communities, while the remaining 49 per cent is owned by the utility company Fortis and private investors.

It’s the largest Indigenous-led infrastructure project in Canada, and, over a 40-year period, is expected to avoid more than 6.6 million tonnes of greenhouse gas emissions by replacing 25 million litres a year of diesel usage.

The project has been described as life-changing for the beneficiary communities, in improving the health and quality of life for residents.

Earlier this week, AJ Esquega of Kiashke Zaaging Anishinaabek and Autumn Peltier of Wiikwemkoong Unceded Territory were named to the Clean50 list as emerging leaders for their contributions.