Bounty of bucks for Northern agriculture 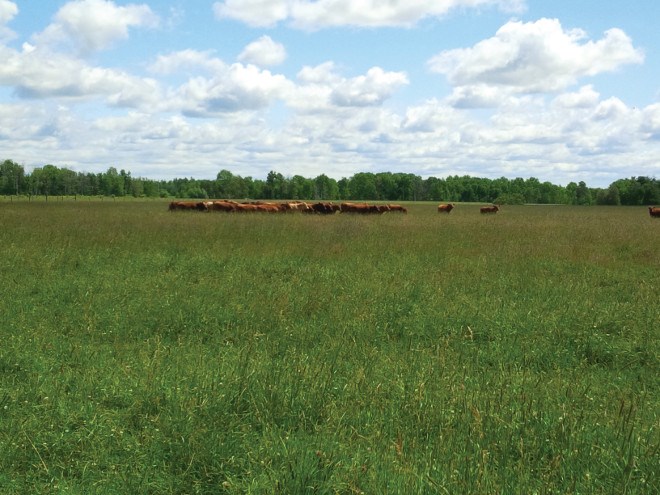 Northern agriculture is reaping an April harvest with $15.6 million from the Northern Ontario Heritage Fund to fill the hopper on 27 projects.

In northwestern Ontario, the Rainy River Future Development Corporation is digging up dirt with more than $3.9 million for four land-clearing and tile projects, covering a total of 7,773 acres.

The Rainy River Valley Agricultural Society is cooking with $329,499 to expand its events building at the Emo Fairgrounds, featuring a new commercial kitchen and a covered eating area.

The province did the same for the Rainy River District Regional Abbatoir with a meaty $45,000 to expand the Emo facility with new equipment.

Thunder Bay Community Pasture will be throwing up fences at its animal handling yard with $11,564 for new pens and corrals.

Along the north shore of Lake Huron, the Sault Ste. Marie Innovation Centre is getting topped up with $206,275, for a total of $1 million, to clear and install drainage on 1,921 acres on the Algoma/Sudbury West region to help 31 farmers.

The LaCloche Manitoulin Business Assistance Corporation will do likewise with $471,000 to clear land and install drainage on 785 acres to help 17 farmers on Manitoulin Island and the LaCloche Foothills.

Sheguiandah First Nation, south of Little Current, will put pen to paper with $15,907 to study the best use of 131 acres of farmland near the Anishinaabe First Nation.

The Municipality of West Nipissing’s efforts to stage the 2019 International Plowing Match and Rural Expo in Verner were beefed up with $191,250 in funding.

Near North Bay, Nipissing First Nation is germinating the idea of a commercial greenhouse with $40,000 to do a feasibility study.

In northeastern Ontario’s Clay Belt, the Northern Ontario Farm Innovation Alliance (NOFIA) is taking a swig with $67,455 for a dairy strategy to identify new markets.

NOFIA also pulled the chute with $22,500 for a study on a potential rail unloading/loading facility in the Temiskaming area.

The New Liskeard-based organization is further knocking down more than $3.4 million on four land-clearing and drainage projects on more than 8,000 acres.

The Northeast Community Network was flooded with more than $2.9 million in cash for four land-clearing/tile installation projects in the Cochrane District and the New Liskeard-Val Rita area.

In the Parry Sound area, Milford Bay Trout Farm netted $405,000 for a new building, fencing, and fuel storage at the airport industrial park in Seguin Township.

The Ontario Natural Food Co-op received a tasty $146,000 in training dollars for operators of food and farming co-ops across Northern Ontario for the next three years.

“By investing in these projects, we are identifying new areas for growth and helping farmers across the North improve their farmland to increase crop production and revenues,” said NOHFC chair and Northern Development and Mines Minister Michael Gravelle.