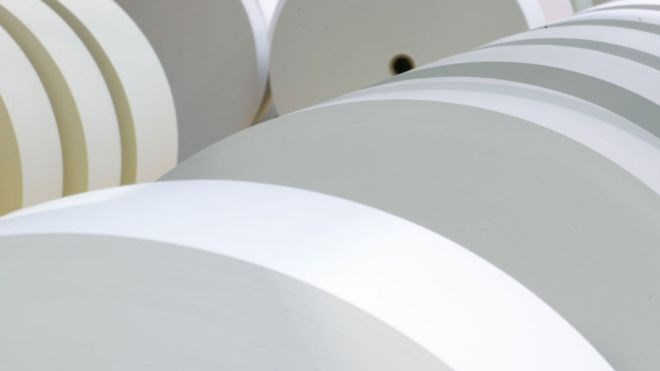 Resolute Forest Products is continuing legal action against environmental organization that is says has damaged the company financially. (Resolute photo)

Resolute Forest Products will continue a legal action in the United States against environmental organizations Greenpeace and Stand.earth, despite suffering a setback on Monday.

The company last year announced a federal lawsuit for defamation and racketeering. Essentially, it complained that it had suffered financially from the dissemination of false information accusing it of unsound forestry practices in Canada's Boreal forest.

In dismissing the racketeering case on Monday, a judge in San Francisco said Resolute had failed to provide enough detail in its allegation that Greenpeace acted with a malicious mindset.

The judge wrote that the defendants' statements "constituted the expression of opinion, or different viewpoints that (are) a vital part of our democracy."

"We are jubilant that Resolute, the bullies of the Canadian logging industry, have failed to silence organizations committed to protecting Canada's boreal forest. This decision reinforces that the free speech rights of public interest advocates are protected against bad actors who would rather file frivolous lawsuits than commit to sustainable forestry."

Greenpeace said the court awarded fees to it and Stand.earth, applying a California statute prohibiting lawsuits intended to silence critics by embroiling them in baseless cases with high legal costs.

The judge, however, ruled that Resolute can revise and refile its claims, something the company immediately announced its intention to do.

The company has alleged that Greenpeace's "Resolute: Forest Destroyer" campaign falsely accused it of destroying endangered forests, operating and sourcing wood in violation of law, causing the destruction of endangered species and caribou habitat, and impoverishing the Boreal's Indigenous communities.