Alliance forms to counteract attacks on industry and push for science and consultation in provincial policy
Jan 19, 2018 12:00 PM By: Ian Ross 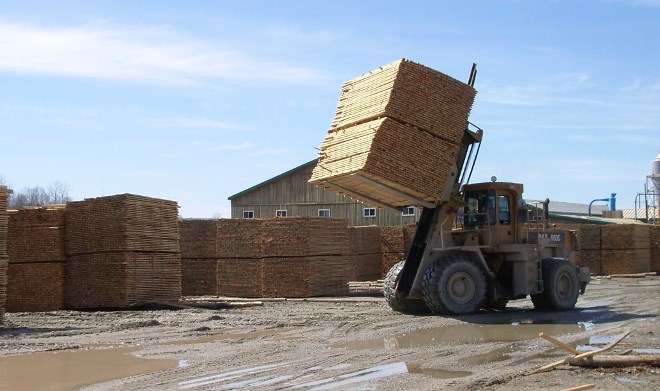 A pro-forestry group, dubbed the Alliance, will be waging a campaign to promoting, what they argue, is a need for sound and science-based provincial policy to preserve a threatened industry.

Expect some pushback this spring by forest industry leaders on the province’s controversial Species at Risk policy.

Jamie Lim, president-CEO of the Ontario Forest Industries Association (OFIA), expects to see sound forestry policy heading into 2018, not changes influenced by the “fearmongering” and “misinformation” campaign being spread by “anti-forestry groups.”

OFIA is part of a coalition, recently dubbed the Alliance, comprised of industry, municipalities, First Nation communities, business and labour groups who are rallying against, what they view as, an attack on the forestry industry through a coordinated campaign in the Toronto media.

Lim said groups opposed to forestry are branding the industry as being unsustainable by bashing the province for not doing enough to protect the habitat of the woodland caribou, currently listed as “threatened” in Ontario.

The caribou has been the poster child of this push with high-profile activists like David Suzuki, New York-based Natural Resources Defense Council, and even Vermont ice cream makers Ben & Jerry’s weighing in on Ontario forestry policy, she said.

The document emphasized that conservation groups must protect and advance the legislative gains that have been made by selecting “key species with strong public appeal.”

“You lose a mill in Atikokan, who replaces those jobs?”

Lim would rather see policy crafted from science and with the input of those who work on the ground.

“We are the people that pay the price for poorly thought-out public policy.” It spurred OFIA to organize a lobby day in late November giving mayors, foresters, First Nation leaders, chambers of commerce and forestry unions some face time with former Natural Resources Minister Kathryn McGarry and Opposition party critics.

“We can’t have governments making provincial policy based on fundraising campaigns or advice from Ben & Jerry’s,” said Lim.

The message emphasized was that less than half of one per cent of Ontario’s forests is harvested, yet it provides direct jobs for 57,000.

“These anti-forestry groups still want to shut us down and they want people to think that’s (fibre allocation) too much,” said Lim.

Without specifying their strategy for this year, Lim said their coalition intends to make some noise of their own.

Ontario’s forest industry has been wrestling with uncertainty dating back to the passage of the Endangered Species Act (ESA) in 2007, a piece of legislation that’s considered a duplication of existing forest management practices covered in the Crown Forest Sustainability Act.

The province granted industry a five-year exemption in 2013 to see if there was a way to “harmonize” the two acts.

That exemption expires June 30, three weeks after the provincial election.

Lim’s coalition is asking for another five-year exemption to take the time to “make sound decisions.”

She finds there’s no way the two acts can be blended or even co-exist.

The Crown Forest Sustainability Act, the rules under which companies operate on the land, takes more of a “macro approach” in managing for all species, said Lim.

The ESA, she said, places a priority in protection of individual species at risk “at all costs.”

Last summer, mayors and First Nation chiefs of many forestry-dependent communities were angered when the Ministry of Natural Resources and Forestry attempted to post online a draft of the Species at Risk guide, designed to protect 28 species in the North, on the Environmental Registry.

It was viewed as an attempt by the government to fast-track policy changes that would be injurious to forestry without any consultation.

Minister McGarry delayed the posting and sided with Northern leaders and industry, citing the need to gain a better understanding of climate change on the land and study the socio-economic impacts of these policy changes on forestry communities.

For years, OFIA and Northern mayors have been asking for a consultation panel comprised of representation from municipalities, First Nations, industry and forestry management companies.

On a Jan. 19, new Natural Resources and Forestry Minister Nathalie Des Rosiers agreed to strike an independent of panel of Northerners Lim to address concerns about species at risk policy.

The decision on which plants and animals are at risk is determined by the Committee on the Status of Species at Risk in Ontario (COSSARO), a 10-member group of environmental consultants, research scientists and academics.

Indigenous values are supposed to be incorporated into their decisions, yet no First Nation representative sits at the table, something Lim calls an “injustice.”

“Let’s get back to basics,” she said. “Forestry is a renewable resource. It’s been supporting our nation for 150 years. How many sectors can say that? A renewable sector with a simple business model: we plant, cut, repeat.

“Now we have First Nation communities that have invested in this renewable sector. Their citizens are working in the sector and they are surrounded by some of the healthiest forests in the world.

“They see the advantage to using this renewable resource responsibly and they see how great the benefits can be for their communities. I think that’s a success.”