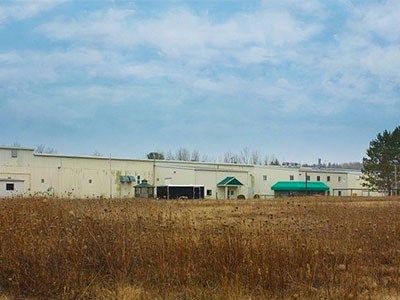 Gary Gillespie, vice-president of Columbia’s Northern Operations, announced Dec. 15 that Columbia is in the “intermediate stages” of preparations to reopening the shuttered veneer facility, which closed in 2010 in the face of imports from China, a strong Canadian dollar, and a major downtown in the forest products industry.

"We have been anxiously awaiting the moment when we could announce that it was time to fire up the boilers and bring folks back to work at the Rutherglen facility,” said Gillespie in a news release.

Columbia is investing approximately US$1.5 million with the facility in preparation for a late first quarter restart in 2016.

"Today, we have confidence that we are entering a time when we will continue to experience strengthening markets for Rutherglen's products,” said Gillespie. “At the same time, we’re counting on significant support from local and provincial government officials as we work with them to secure long-term log supplies for the plant and assistance for training new employees at the facility.

"Although it took longer than we had anticipated, we never gave up on the idea of re-establishing ourselves as a going concern in Rutherglen. We are very high on Ontario, its hardwood resources and, most importantly, its smart, hard-working people,” Gillespie added.
Headquartered in Greensboro, North Carolina, Columbia is North America’s largest manufacturer of hardwood plywood and hardwood veneer.