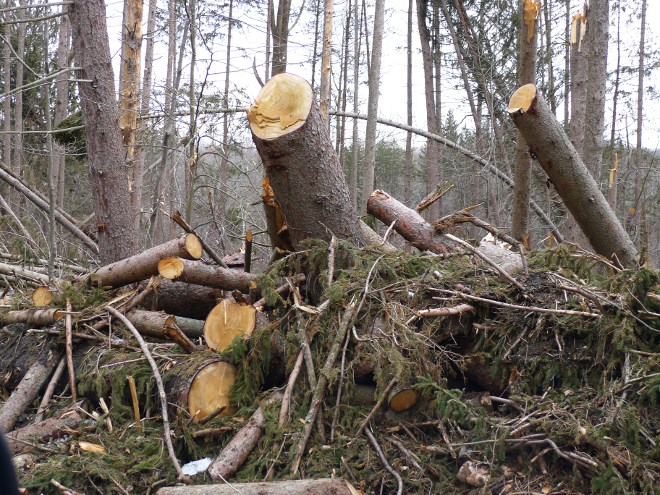 A Kapuskasing and Manitouwadge-based logging company will pay $100,000 in total fines stemming from a 2018 accident where the operator of a tree delimbing machine was killed.

D & G Logging entered a guilty plea in a Thunder Bay provincial offences court, July 29, and was fined $80,000 by Justice of the Peace Zelda N. Kitchekeesik. The court also imposed a 25-per-cent victim fine surcharge as required by the Provincial Offences Act.

According to an Aug. 2 Ministry of Labour release, on Jan.18, 2018, a worker employed by D & G Logging was operating a Quadco delimber machine (used to remove branches from trees) in the Big Pic Forest, north of Wawa, near Long Pond Road.

In order to reach the hydraulic hose from the back of the cylinder, the worker was positioned over the base of the machine and under the boom.

While removing the hose from the cylinder, the pressure holding the boom in an elevated position quickly released, causing the boom to drop and crush the worker between the boom and the cab of the machine. The worker died as a result of the injuries.

The boom was not blocked or otherwise immobilized to prevent it from moving once the machine had been taken out of service, said the ministry.

D & G Logging committed the offence of failing as an employer to ensure that the measures and procedures prescribed by section 75 of Ontario Regulation 851 (the Industrial Establishments Regulation), contrary to section 25(1)(c) of the Occupational Health and Safety Act.