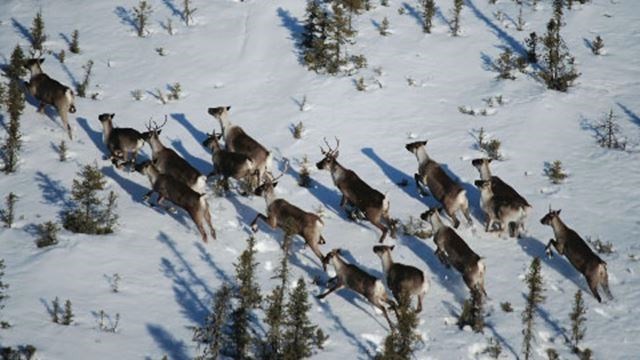 The hullabaloo over logging and caribou in Northern Ontario continues to intensify.

A coalition of Northern Ontario mayors, First Nation leaders, chambers of commerce, unions, and forest professionals were in Queen’s Park on Nov. 22 to pressure the Ontario government to stick up for the forestry sector.

They say “misinformation” being spread about the industry by environmental groups in a “coordinated effort” to push for more habitat protection of caribou.

At issue are the province’s new Species at Risk rules, designed to protect 28 species in Northern Ontario, contained in the controversial Endangered Species Act (ESA), passed in 2007.

For a decade, Northern leaders and industry have argued that the ESA prioritizes the protection of animal and plant habitat at the expense of forestry jobs. They say there’s already adequate protection in the Crown Forest Sustainability Act.

“To claim Ontario has not acted to save caribou is conveniently ignoring over 20 years of work, 600 tracked animals and $11 million dollars of government research,” said Kapuskasing Mayor Al Spacek, president of the Federation of Northern Ontario Municipalities, in a statement.

“Arguments presented by those with special interests and no skin in the game cannot be viewed as credible. We are forestry. This is our backyard and we deserve to have a say in the policy that governs it.”

“If these proposed new regulations are implemented, the sustainable forestry businesses we have built and the jobs dependent on them will be lost.” Jamie Lim, president of the Ontario Forest Industries Association.

She's been pushing the Ministry of Natural Resources and Forestry to set up a review panel since 2013.

The province granted a five-year exemption to forestry and other industries to provide more time to blend the two acts.

That exemption expires next July. Lim said an extension would buy time to “get things right.”

“These are the affected stakeholders that need to form the panel. Fifty-seven thousand direct jobs in this province are at stake and we can’t let misinformation get in the way of evidence-based policy decisions.”