Can wood float for value-added forestry? 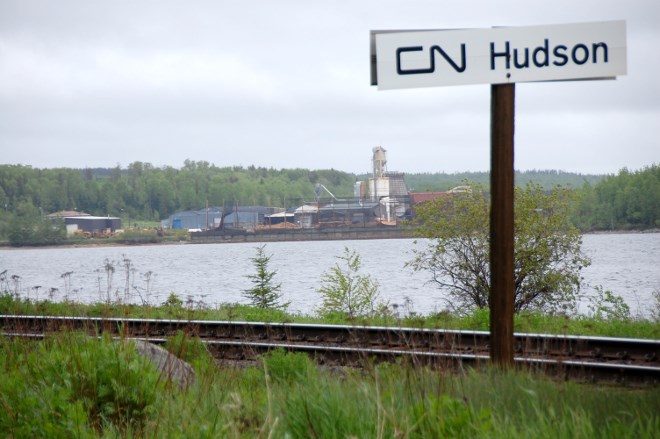 Beginning back in September, Lac Seul and Slate Falls First Nations, with their industry partners in tow, began studying the economics of moving Crown wood from harvesting sites, across the actual lake of Lac Seul, to a possible value-added mill.

Steering the study is the Obishikokaang Resources Corporation, a forest management company owned and operated by Lac Seul First Nation that oversees the Lac Seul Forest, which lies within their traditional territory.

Bert Hennessey, the corporation’s general manager, said the study is an extension of the conversations they frequently have with their industry partners, namely Domtar, Resolute Forest Products and Weyerhaeuser, where often “ideas get kicked around.”

The areas of focus are in value-added wood processing, cost reductions in transporting fibre, a merchandising yard and creating jobs for community members.

The study received $160,000 in federal funding from the Strategic Partnerships Initiative, a program that encourages Aboriginal participation in industries like forestry, mining, energy, agriculture, and fishing. Domtar committed $5,000, plus in-kind work for this initiative.

Hennessey recently came back from a trip to FP Innovation’s head office in Quebec brimming with ideas and motivation.

Resolute Forest Products made arrangements for him to view the federal research agency’s wood tech complex and take part in field tours of the value-added plants in the Quebec City area.

“It was perfect for us,” he said. “We’ve got great connections from that trip.”

Hennessey said they’re examining the economics of making trusses and specialty wood sidings for the local home building market, mentioning Slate Falls and some of the northerly communities where the cost of building materials are exorbitant.

“Down the road, as it scales up, maybe the market will expand to Kenora, but the idea is to stay regional.”

Without getting into specifics, Hennessey said such a value-added mill could be attached to an energy and heating plant that would burn wood waste.

And one of the cheapest ways to haul that waste – which is usually burned in roadside piles at the harvest sites – to a mill located at Lac Seul First Nation is by ferry.

The crescent shape of the actual lake of Lac Seul is 240 kilometres long and splits the forest management unit in half.

Years ago, Buchanan Forest Products hauled wood – and private vehicles – by ferry to their lumber mill at Hudson, just west of Sioux Lookout.

Hennessey said a newer, faster and more energy-efficient version could reduce haul distances tremendously and shave hours off travelling by road in providing a more direct route to the Domtar pulp mill in Dryden, which draws wood from the Lac Seul Forest.

At the same time, he said a vessel could serve residents of Slate Falls and Lac Seul First Nation’s outlying communities of Kejick Bay, Whitefish Bay and Frenchman’s Head in their travels to Dryden and Winnipeg.

“There is a myriad of benefits besides reducing wood costs, carbon reduction, and the real obvious things when you save 100 kilometres on the haul.”

Hennessey said they’ve had an open and constructive dialogue with senior managers of the forest products producers who have staff that can dispense advice on calculating wood costs.

“We’re letting the companies look at our business plan,” and they, in turn, make their engineering and marketing staff available to them.

The study is expected to be completed by the end of March once Domtar gives their input, he said. “It’s not going to go forward unless there’s a benefit to the mill,” said Hennessey, who previously worked as a projects manager for Buchanan and for the Ministry of Natural Resources as a district manager.

“The technical people said it certainly is possible.” Among the next steps are to solicit feedback from community members at upcoming open houses in Lac Seul and Slate Falls.

In early December, Lac Seul Chief Clifford Bull was presenting federal officials with a more detailed synopsis of the project to prepare for the next phase of funding for the ferry and the value-added mill.

If everything looks favourable, project implementation could begin in the next year to year-and-a-half, Hennessey said.