For Trevor Laing, it’s no big stretch going from planting trees to growing commercial blueberries. “It’s just vegetation control and management to get the field opened up and covered with berries. Then you keep everything else out."
0
Jun 11, 2010 5:41 PM By: Ian Ross 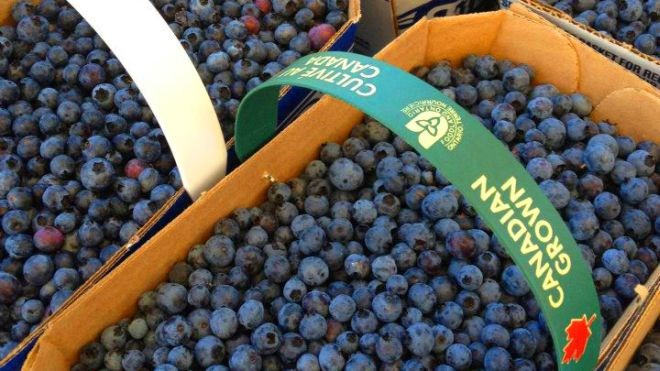 Trevor Laing has launched a commercial blueberry operation near Wawa.

“It’s just vegetation control and management to get the field opened up and covered with berries. Then you keep everything else out.”

Now he’s turned his attention to a new venture, Level Plains, a five-employee operation that will be the province’s first commercial blueberry plantation.

He’s done some experimental seeding, but since blueberries are native to the area, there’s no planting to be done.

“The bulk of the plants are already there. Once you open up the canopy, they spread naturally.”

His bold career move was justified when Peter Burgess, a Nova Scotia horticulturist with AgraPoint, visited Laing in Wawa and gave his property a qualified thumbs up.

“He said he didn’t even have to get out of the truck.”

Its flat sandy soil that was once ancient Lake Superior shoreline and is considered ideal for blueberries. It’s on a plateau above the lake and drains well.

“The way to tell a good berry area is to go there after aheavy rain and there’s no water.”

With the help of government financial assistance, he has purchased two excavators and a mulcher. Laing is hoping to harvest his first modestsized crop of lowbush berries next year on a 40-acre plot with about 1,000 pounds per acre.

He expects that area will quickly double in production as new plots start to grow. During the short harvest period next year between late July and August, he’ll put 10 people to work.

Blueberries are a durable little plant that can survive forest fires. They’ll flourish in wide-open spaces ravaged by fire or clear-cut where there’s plenty of sun, but they don’t like competition. Once there’s other natural vegetation, blueberry plants will go dormant for as long as 100 years until something, like fire, opens them up again.

In his field preparation, Laing is replicating those environmental conditions by keeping the land from reverting back to forest.

“There are (commercial) fields in New Brunswick that have been producing berries for 50 to 60 years.”

Though still in the development stage at Wawa, Laing is working with various agencies like the Northeast Superior Forest Community Corporation to identify sites and sign land leases for 500- to 600- acre commercial plantations in other communities.Laing would like to see this patch of northeastern Ontario become as good as the large-scale operations he visited years before in Quebec’s Lac St. Jean and the East Coast.

“To get this up to a world-class operation we need 3,500 acres for high production.”

Though North American blueberry prices are depressed, Laing’s business plan is to sell fresh produce directly to grocery stores, rather than the frozen food market. He’s been invited to join a berry cooperative but is hesitant to do so.

“There’s nobody else doing this in Ontario."

Elliot Lake vying to be site of innovative renewable energy project
Aug 13, 2018 8:00 AM
Comments
We welcome your feedback and encourage you to share your thoughts on this story. We ask that you be respectful of others and their points of view, refrain from personal attacks and stay on topic. To learn about our commenting policies and how we moderate, please read our Community Guidelines.