A Thunder Bay engineering firm is expanding its skill set and its Northern reach by joining forces with a neighbouring operation. TBT Engineering Consulting Group announced that Profor Engineering will be joining its team, effective Nov. 1.
Oct 30, 2015 1:14 PM By: Ian Ross 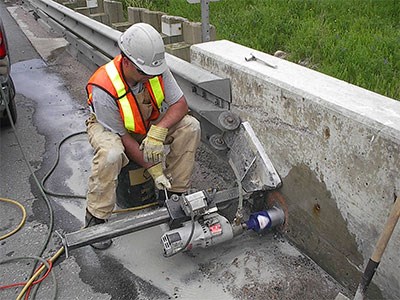 TBT Engineering is adding new mechanical-engineering staff as part of a company expansion.

A Thunder Bay engineering firm is expanding its skill set and its Northern reach by joining forces with a neighbouring operation.

Company president Rob Frenette refrained from calling it an acquisition but rather an asset purchase, price undisclosed.

“We’re excited to be able to reach this agreement with Profor and we’re looking forward to welcoming all the Profor staff and clients into the TBT experience. Moving ahead, I just see bright, sunny days.”

“Anyone looking at any kind of facilities expansion, or new facilities, or retrograde, or renovation on any building structure in the ICI (industrial-commercial-institutional) sector, they will require a combination of structural and electrical-mechanical.”

“The timing was right. He was in a position in his life where he was looking for an opportunity to retire and make sure that staff, clients and the operation that he’d been involved with since 1993 would continue.”

Sounding almost like a succession plan, Frenette said Reid had entertained previous offers for his electrical and mechanical engineering firm that didn’t materialize.

Profor is the former Proctor and Redfern operation, which closed its doors in Thunder Bay in 1993.

It resulted in two companies being spun off with Profor and Engineering Northwest, a civil engineering firm, that later became a branch office of Hatch Mott MacDonald.

Both firms currently reside in office space in a Syndicate Avenue building in the city’s south end.

There was a pre-existing comfort level between the two companies as TBT often contracted out to Profor on projects.

The inclusion of Profor into the TBT mix should enable the group to bid on greater project work and allow them to get on pre-qualification lists to bid on jobs in the Far North, he said.

“They (Profor) developed a strong presence in diesel-generating systems and mechanical-electrical system upgrades on remote First Nation communities. We’re seeing that’s a targeted sector that we’d like to expand upon, building on their strengths.

“Between the two (firms), I think we’ve got all the bases covered.”

Frenette said Profor staff will stay put for now to better to ease the 10-employee staff into the transition and to not be disruptive of their ongoing work. The new entity will operate under the banner of TBT Engineering, Profor division.

“We recognize for the personnel at Profor this is a big change and we want to make it as easy for them to accommodate as possible,” said Frenette.

Jag Mohan, TBT’s leader of the structural engineering division, will move into Profor’s environs to assist with the changeover.

“Certainly the intent over the first little while is to keep things as they are, keep people where they are, get the TBT name and logo on the door, and start introducing the concept to the clients that this is who we are,” said Frenette.

Within a year or two, Profor staff will make the move to Yonge Street, where TBT is moving ahead with a physical office expansion on the banks of the Kaministiquia River.

TBT purchased five acres of nearby industrial land where it plans to build a 38,000-square-foot warehouse and manufacturing shop that Frenette described as a “state-of-the-art, open concept, industrial-style, engineering and technical services facility.”

With a budget of just under $1 million, the phase one of construction comprising 8,500 square feet should be wrapped up in mid-November.