Local family-owned business will supply structural steel for the Canada Games Park in Niagara Falls
0
Jan 15, 2020 9:02 AM By: Colleen Romaniuk 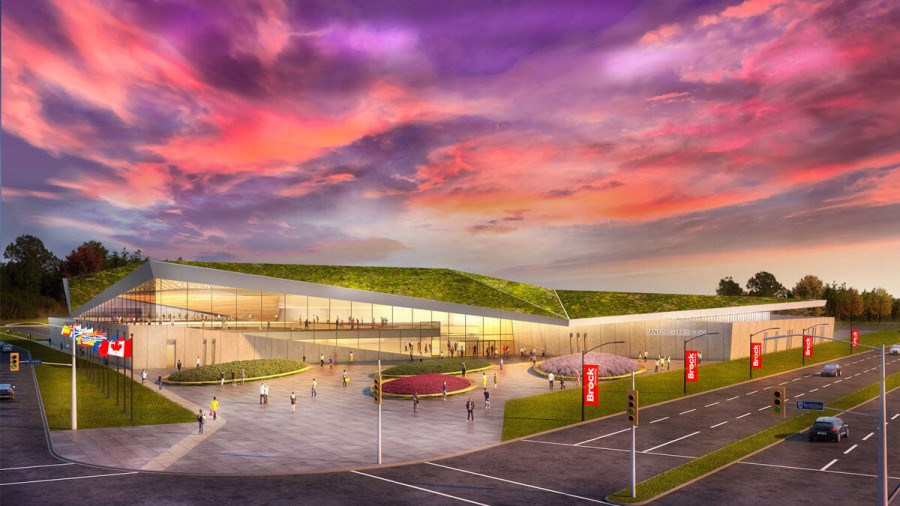 They might be small, but they can provide some serious steel.

C&A Steel, a Sudbury-based company with about 25 employees, proved it when they won a bid to provide over 1,800 tonnes of structural steel for the 2021 Canada Summer Games Park in Niagara Falls.

Winning out over big companies 20times the size of theirs was no small feat, especially because of the complexity of the building design.

But when they were approached by one of their customers, Niagara Rigging & Erecting, in the summer of 2019, they decided to submit a proposal for the job.
They were successful – securing a contract that will have positive economic spinoffs in the Sudbury community.

Carniel and his sister, Ellena Hodder, are partners who currently run the company. They took over for their father, Alfredo Carniel, who founded the custom steel fabrication business in 1971.

Alfredo immigrated to Canada from Italy when he was 17. As a young man, he worked as a labourer, but he wanted to do something better. He had some welding skills, so he took a chance and started his own business.

Next year, C&A will be celebrating its 50th anniversary – just in time to see one of their biggest projects come to fruition.

The Canada Games Park will be located at Brock University, south of the main campus. The facility will include a sports centre indoors featuring two ice pads, a gymnasium with four courts, a health centre, and a 200-metre track on the upper level. Outdoors, there will be six beach volleyball courts and an athletics facility.

Once the games are over, the facility will be managed by a consortium of Brock University and the cities of St. Catharines and Thorold.

MacLennan Jaunkalns Miller Architects and Blackwell Structural Engineers, both located in Toronto, have been contracted for the design.

According to Carniel, the design is quite complex. The building features multiple sloped roofs, multiple levels, and 200-foot trusses. And it's big.

Construction on the building's foundation is currently underway. C&A Steel will be supplying structural steel from April until July.

The company has been working in the Niagara Falls area since the mid-'90s. They fabricate steel for heavy industrial and commercial buildings, and have worked on projects like schools, hospitals, and hotels.

They ship steel all across Canada, the U.S., and the Caribbean. They make a point of using local suppliers for their projects, but they import steel from around the world.

C&A Steel has managed to stay competitive in a changing market by staying on top of the trends.

“We started automating our processes in the '90s,” said Carniel. “My dad figured that computers are going to change the world, so we should get on board or forget it. That's how he foresaw the future.”

According to Carniel, they were early adopters of technology like computerized machines, drafting, and 3D modelling in Northern Ontario.
Today, the company doesn't shy away from big projects.

The Canada Summer Games are held every two years, alternating between winter and summer. Athletes from every province and territory participate in the event.