Kurtis Vanwallegham takes a cerebral approach to building a home in order to offer something different than conventional construction.
0
Nov 11, 2011 8:26 PM By: Liz Cowan 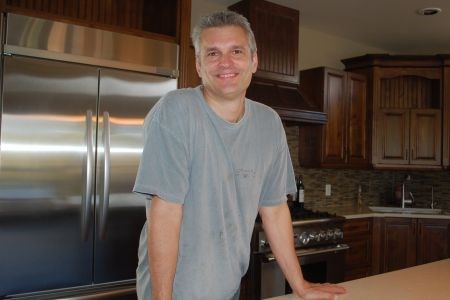 Kurtis Vanwallegham takes a cerebral approach to building a home in order to offer something different than conventional construction. As owner and CEO of Innovative Green Systems (IGS) in Sudbury, he incorporates the Leadership in Energy and Environmental Design (LEED) system into all his projects.

“I have been trying to educate the community, one client at a time and one house at a time, on the differences and get the word out that there is something other than the conventional homes being built that leak water and have mold and all the other issues 99 per cent of the houses have,” Vanwallegham said.

LEED is a point-driven system that is supported by the governments of North America. Currently, Vanwallegham is putting some finishing touches on a lakefront home in Sudbury's south end which was awarded a silver rating under the LEED system which means it ranges from between 60 and 73 points out of 100.

For the homeowner, the rating translates to savings of about 70 to 75 per cent on monthly utility bills of what a conventional house would cost. The energy-efficient house is heated with thermal flooring mats and a passive solar sunroom keeps all the rooms in the home at an even temperature along with an air exchanger.

Some of the many features include a three-stage process for waterproofing the foundation walls and R70 insulation in the attic. The homeowner will pay no water nor heating bills. Solar panels were considered but the size and configuration of the lot didn't make that feasible.

“There is no other home like it in the city and the North,” Vanwallegham said. “The cerebral component of this home and the detail that went in to it is unparallelled in this area. For 15 months I was here every day.”

He first saw an opportunity for bringing the LEED system to the area after spending some time in the U.S. and noticed that the green movement was growing. He spent a great deal of time educating and certifying himself in the different technologies required and in 2005, “someone took a chance on us and the journey started there.

“I have done no advertising and it has all been word of mouth and we haven't stopped since,” Vanwallegham said.

When he first started building, no sub-trades in the city knew how to do the proper installations associated with the LEED program.

“We all learned together and I went through a lot of different people, employees and tradespeople to find the right ones who were open to the techniques required,” he said. “It does take a lot more time. When you are doing something on this level, everyone has to be on board from the architect right down to the painter.”

The point system of LEED allows homeowners to choose the level of energy efficiency they want to achieve.

“Even with 20 to 30 points in a home you are building a far superior home and people love the fact they are being environmentally conscious and they will have savings,” he said.

“Many builders can say they are green and building an energy efficient house and technically I can say the same thing by putting in low E (emissivity) windows and foam on the outside of the house. But under the LEED system, that is maybe nine points out of 100.”

With a staff of four core employees, his company has developed an entire system from drawings right up to the finishing touches to construct a LEED system home in the North.

“LEED stemmed from California and Northern Ontario is not the southern U.S. or southern Ontario,” Vanwallegham said. “You really have to have a good understanding of science, water and climate and it has taken me a lot of time to get a good system of what does and doesn’t work.”

The company has also branched out into other divisions including alternate energy and home inspection. He is also undertaking projects in Brazil and doing consulting work in the U.K. and the Mediterranean.

“My goal is to educate people, whether it is a home or commercial or industrial building, that there are ways to recapture heat loss and water conservation. If it is a new construction or renovation, there is an entire solution to be sustainable,” he said.

“I want to find that niche market where people care about their project and care what that building represents.”