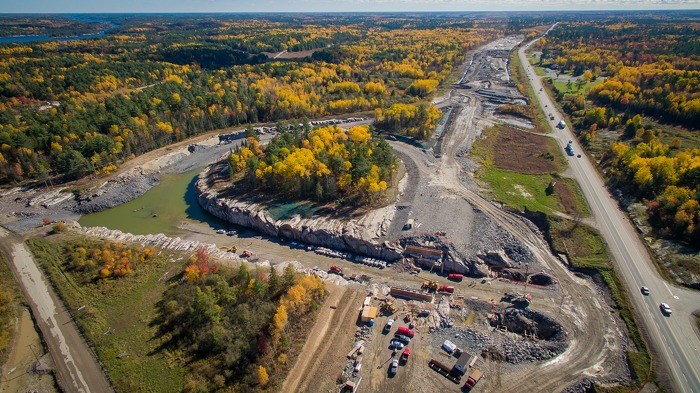 Highway 69 four-laning work being done near the French River in 2017. (Supplied photo)

The province has released a new interactive map listing the road-building projects that are underway or in the planning stages for 2020-2022.

Released on July 16, the online tool allows visitors to search the database by region and highway.

An additional $1.6 billion will be spent on southern Ontario roads, for a total allotment of $2.6 billion.

The province estimated these projects would create or sustain roughly 15,830 direct and indirect jobs.

Northern Ontario has nearly 11,000 kilometres of highway – or about 60 per cent of the entire provincial highway network -- according to the province.