Pellet solution will save on power plant conversion costs

Ontario Power Generation (OPG) is embarking on a bold experiment to extend the life of the Thunder Bay Generating Station by five years.
0
Jan 7, 2014 2:25 PM By: Ian Ross 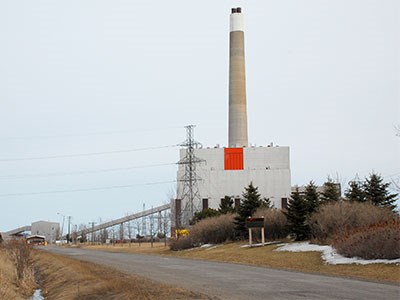 Rather than convert the Thunder Bay Generating Station to natural gas, Ontario Power Generation is making plans for the facility to burn specialty wood pellets.

Ontario Power Generation (OPG) is embarking on a bold experiment to extend the life of the Thunder Bay Generating Station by five years.

Instead of spending $400 million to convert the 306-megawatt coal burner to natural gas, the cash- trapped Ontario government has elected to go with a specialty wood pellet that handles and burns like coal.

The city's two MPPs, Michael Gravelle and Bill Mauro, made the announcement on Nov. 15 that the plant will use “advanced biomass” over a five-year period starting in early 2015.

The facility will serve as a peaking plant, kicking in during periods of high energy demand. Only one of the plant's two generating units will operate, and only at two per cent of its capacity. It's the second of two northwestern Ontario coal plants to be converted to wood pellets. The Atikokan station is undergoing construction to use white pellets produced locally.

Many of Thunder Bay's conversion details, such as the price tag, have yet to be finalized, but Chris Fralick, OPG manager for both plants, said the capital costs will be a fraction of the $170 million being spent at Atikokan.

“The tradeoff is the fuel is going to be more expensive.”

How expensive per tonne is not known since no supply contracts have been signed.

There are only two current sources for the type of specialty pellet earmarked for Thunder Bay; Zilkha Biomass Energy of Texas and Arbaflame of Norway.

“Both operate demonstration plants as well as having technology licensing agreements,” said Fralick, who describes the fuel as a steam-treated pellet durable enough to repel water.

The material can be stored outside uncovered like coal, transferred and burned using the plant's existing conveyor equipment, thus saving millions in the conversion costs.

Fralick said only minor plant reconfigurations will be required for the plant's pulverizer and dust control equipment.

A “very successful” test burn was done in Thunder Bay last September using the Norweigan pellets. “The September test burn proved that with minor modifications to our material handling systems we're able to manage dust levels to very manageable levels,” said Fralick. “Fundamentally, you're just about as close to a coal replacement as there is out there.”

OPG will launch a competitive bidding process in the coming months to scope out other potential pellet suppliers. But the plant will require only 15,000 tonnes of pellets a year, a volume too low to provide incentive for a local producer.

“That's one of the larger impediments as far as our ability to make something work up here,” said Fralick, “but we want to explore that certainly.”

But before the conversion work can begin, OPG must negotiate a five-year power purchase agreement with the Ontario Power Authority.

The mobilization effort must start soon. The plant must be running on pellets by January 2015.

“We're doing the pre-engineering work now,” said Fralick. “Once the (power purchase agreement) is signed that will enable us to start spending money and doing work.

With the plant operating at reduced capacity, Fralick expects the workforce of 115 will go down “signficantly.”

Fralick said the five-year operating run “allows us to demonstrate this new technology and prove we can do it.” Resorting to the natural gas option “is a longer term possibility.”

The news of the conversation fell short of expectations for some in Thunder Bay. The Common Voice Northwest Energy Task Force called it a “half a loaf ” solution to operate the plant on biomass.

Iain Angus, a Thunder Bay councillor and co-chair of the citizens group, said the move keeps the station operating in the short term but it's not sustainable. He said moving from coal to biomass doesn't address the northwest's long-term power needs when it comes to natural resource development.

“In the longer term, we still will not have the power we need, starting in 2016, to run the new mines that we all want to be in production sooner rather than later,” said Angus.

He said with the government's decision to arrange for 15,000 tonnes of fuel, “it is clear that even as a peaking facility the options for running will be quite few.”

Angus points to a critical time in 2016 and 2020 when projected levels of energy consumption of new mines and mills are expected to grow.

He said his group will lobby to lengthen the biomass contract or proceed with the gas conversion.

The Thunder Bay Chamber of Commerce echoed his statements, adding the conversion does little to address power supply uncertainty for the region's business community.

“This five-year holding pattern does not offer the energy supply stability that is required to stimulate investment,” said the chamber in a release.