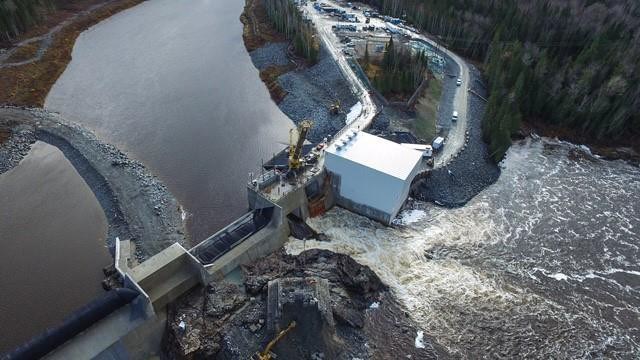 “It’s with great pride that we are officially commissioning our very first hydroelectric station in Ontario,” said Patrick Decostre, vice-president and chief operating officer of Boralex, in a Nov. 14 news release.

“I would like to congratulate all the teams who worked on this project, which diversifies our assets in this province and strengthens our position as a leader in the renewable energy field in Canada.”

The company said it had worked closely with the Mattagami First Nation, Taykwa Tagamou Nation, and the Town of Smooth Rock Falls to “develop a project that respects their concerns and the surrounding environment, and also provides local economic spinoffs.”

Close to 100 specialized workers were employed during the peak of construction. One permanent worker is employee for operations and maintenance.

Boralex said the hydro facility is expected to contribute approximately C$7 million to its annualized earnings before interest, taxes, depreciation and amortization (EBITDA), and the power it produces will avoid the emission of nearly 2,540 metric tons of carbon dioxide per year.

Pure Gold Mining expects to pour gold by Christmas
May 15, 2020 9:46 AM
Comments
We welcome your feedback and encourage you to share your thoughts. We ask that you be respectful of others and their points of view, refrain from personal attacks and stay on topic. To learn about our commenting policies and how we moderate, please read our Community Guidelines.