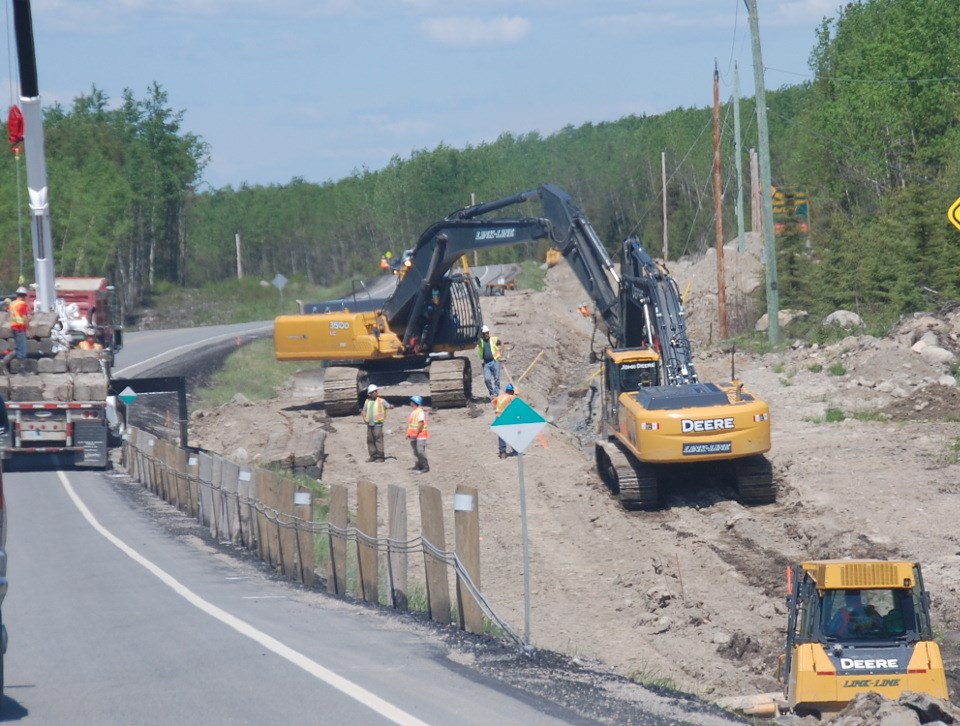 A northeastern Ontario First Nation has signed an early engagement agreement with a pipeline developer to study a proposed $5-billion natural gas line through the Abitibi region of Ontario and Quebec.

Wahgoshig First Nation, near Matheson, is one of eight signatory communities with traditional land impacted by Gazoduq's route for a 780-kilometre-long pipeline underground pipeline between Ramore, near Timmins, and a marine terminal in Saguenay, Que.

It’s an extension of the Trans-Canada Pipeline to move Alberta gas to a saltwater port for export.

The project gained recent notoriety when Warren Buffet’s Berkshire Hathaway bailed on a $4-billion investment in the pipeline and liquefied natural gas plant, citing concerns about regulatory challenges and Canada’s political struggles after weeks of pipeline-related blockades in Alberta.

The agreement provides a framework for engagement between the First Nations and Gazoduq to establish a line of communication, information sharing and a timeline for future steps.

The LNG project is currently in the planning phase for an upcoming federal environmental assessment.

A March 11 joint news release from the company and the communities emphasizes this agreement does not grant consent for the project.

They’ve created a limited partnership called Mamo Aki, which means "united territories" in a blend of Anishnabe, Atikamekw and Innu.

It exists as a vehicle for information sharing and negotiation between the First Nations, the company, the Impact Assessment Agency of Canada, and the Ministère de l'Environnement et de la Lutte contre les changements climatiques du Québec.

“First Nations play a vital role in the planning and development of the Project to ensure that the Project is aligned with our distinct values and aspirations and respects our rights. This harmony is crucial. The collaborative approach implemented by Mamo Aki and the initial engagement agreement will help us move in that direction."

Gazodug’s pipeline, between northeastern Ontario and Saguenay, is to supply its main customer, the future Énergie Saguenay liquefaction plant. The gas will be exported to Asia and Europe.

GNL Québec has been developing the Énergie Saguenay Project since 2014, which involves the construction of a future natural gas liquefaction complex at the Port of Saguenay.

The goal is to export 11 million tonnes of liquefied natural gas (LNG) per year from Western Canada to customers in Asia and Europe. The tentative timeline to start operations is in 2025.

As a collective entity, the communities want to ensure their rights are respected and want to better analyze the LNG’s project environmental, social, cultural and economic impacts, with possible business partnerships being considered.

Their aim is to collect the best information possible on the project impacts and determine what accommodation measures are necessary.

According to the news release, each First Nation is self-determined and will take its own individual position on the pipeline proposal.

This whole process will be funded by Gazoduq as part of the project development.

Gazodug President Louis Bergeron said a statement that his company is aware of the communities’ relationship with the land and welcomed the “innovative approach” taken with the creation of Mamo Aki. He said the rights and concerns of the First Nations will be “considered and processed” throughout the project planning process.

"We welcome this engagement agreement as it frames our exchanges with the eight First Nations involved. In the same spirit of transparency and mutual respect, we remain open to collaborating with each of the Indigenous groups Gazoduq must consult. Indeed, Gazoduq will continue to seek the collaboration of every such Indigenous groups to further our consultation process."

Rickford won’t stand for delays on delivering Ring of Fire infrastructure
Mar 5, 2020 10:34 PM
Comments
We welcome your feedback and encourage you to share your thoughts on this story. We ask that you be respectful of others and their points of view, refrain from personal attacks and stay on topic. To learn about our commenting policies and how we moderate, please read our Community Guidelines.