A change in Xstrata Copper's contracting philosophy is attracting the attention of an international, multidisciplinary engineering firm looking to stretch its reach even further through Northern Ontario.
0
Jun 25, 2009 4:31 PM By: Nick Stewart 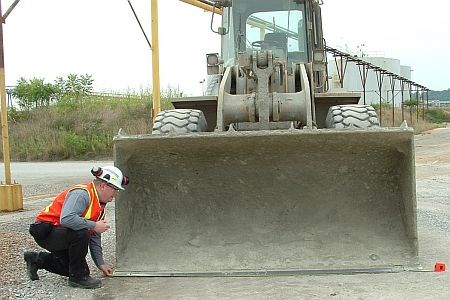 Fred Hillmann, senior mechanical engineer with WorleyParsons, is part of the Sudbury staff assisting with the development of a new Timmins office following changes to contractor rules at Xstrata Copper.

A change in Xstrata Copper's contracting philosophy is attracting the attention of an international, multidisciplinary engineering firm looking to stretch its reach even further through Northern Ontario.

As Xstrata moves away from the use of an alliance relationship with BechTel Engineering for its Kidd Metallurgical site to a more conventional bidding system, WorleyParsons is committing to a presence in Timmins.

The site selection process has already begun, and within two months, the global engineering giant will establish an office in the heart of the city.

Though this will initially be a satellite office with a handful of employees, it's expected to potentially become a permanent operation with more elevated staffing levels, says Sudbury operations manager Gordon Catto.

"As we've been setting up, people have been expressing interest in us and our services, so we have pretty high hopes," says Catto.

"The Kidd Met site is the catalyst, but other industries could certainly be a target for us. We have to focus first on those who have shown an expression of interest, but we'll then let other people know we're in the area."

The creation of such an office would allow WorleyParsons to qualify as a local supplier, and thus move into the first tier of consideration for project bidding.

In particular, Catto says the company hopes to offer Xstrata and other regional companies both its general engineering services as well as its more specialized engineering abilities. The latter includes material handling such as conveyors, crushers, screens, smelter feeds and pyrometallurgical work, as well as prevention of equipment gas leakage, and other safety risks.

The move returns the firm to a place it left nearly 20 years ago, when Toronto-based HG Engineering first held an office in the area with a staff of 15. As Xstrata moved to a preferred contractor system, the company pulled up stakes.

However, when the Australian-based WorleyParsons purchased the firm in 2006 as a toehold into Canada, management was soon able to access 7,000 employees in Canada and expertise from offices all over the world.

The firm now features four sector groups, including hydrocarbons such as oil and gas, infrastructure, power as well as a minerals and metals group, which is largely comprised of the former HG Engineering team.

In May 2007, the company established an office in Sudbury, an area the company had worked in for more than 35 years without an official local presence beyond temporary site offices.

"Before we had the resources of the global corporation, it was more challenging to justify bringing people out to a new site," says Catto. "From Toronto, historically, we had been working internationally before we'd been bought up, from Kennecott Copper in Utah out to Bulgaria, Spain and Zambia."

While the initial staff of 20 has since dwindled to 10 as corporate belt-tightening continues to affect all mining-related sectors, Catto remains confident business will return.

The fall is being projected as having some good opportunities as the scheduled shutdowns at Sudbury's Vale Inco operations begin to wrap up and people return to work. In meantime, the Sudbury team is anticipating using the traditional summer slowdown to begin exploring relationships with other contacts throughout the North.

Catto hesitates to predict whether WorleyParsons will strike out into the northwest, but says the company has already begun initiating discussions and building contacts in other areas such as Sault Ste. Marie.

"We've had our nose to the grindstone with local project work in Sudbury in recent years, but now with some of this free time we're looking to build new relationships."