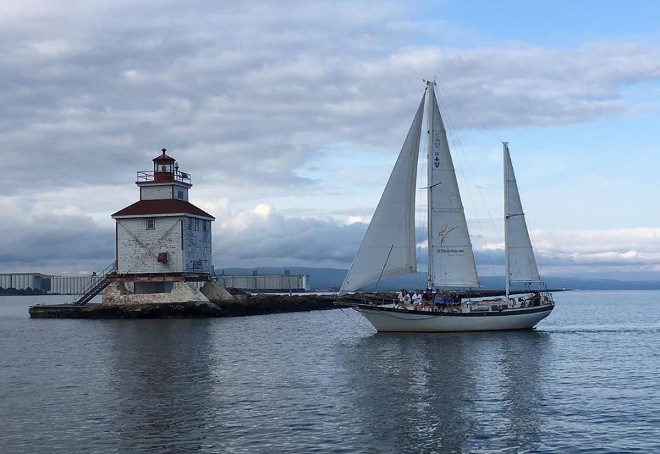 Greg Heroux, owner of a Thunder Bay charter boat company, is on a global mission to find the right boat to take tour groups out on the big water of Lake Superior.

The owner of Sail Superior.com, a harbour-based tour operator, was among a handful of tourism operators and projects in Thunder Bay and the northwest to reel in more than $1 million in provincial funding for new startups, business expansions, or enhancements to the overall visitor experience.

Heroux, a licensed captain, netted $456,000 from the province to purchase a catamaran.

He’s eyeing a 50-footer to run groups out on overnight and week-long charters along the north shore of Superior.

“We haven’t yet take possession. We have identified a handful of suitable vessels for consideration, located in the Mediterranean and the Caribbean.”

Heroux and other operators are part of a growing and ambitious cluster of entrepreneurs out to showcase the city’s history, culture and natural beauty.

His ideal catamaran would have a capacity of 30, including crew quarters, with onboard showers and a dining area.

He’s already bought a 30-foot Zodiac, seating 12, to use as the support boat to ferry crew and for shore excursions.

The vessel will be docked with his fleet of sailboats at the Pier 3 Marina Park in Thunder Bay’s north end.

All told, Heroux said, it’s a $930,000 endeavour made possible through Northern Ontario Heritage Fund’s (NOHFC) business expansion program – a combination of a repayable loan and a forgivable loan – with the balance coming from a private investor, bank financing and his own money.

Another operator who’s benefitting from funding is Seek Adventure & Tours, a Thunder Bay walking tours company, which strolled off with $114,126.

Owner Sue Hamel said it’s basically a reimbursement of expenses, eligible under an NOHFC program, to set up her business last year to renovate and furnish her workplace at the Finnish Temple.

The money will also offset some of her marketing expenses and the possible purchase of a specialized tour vehicle.

NorthWest Heli-Tours and Adventures and owner-pilot Liam Dowds landed $200,000 for the purchase of his helicopter for the aerial tour and charter operation that lifted off last year.

“We managed to hammer out a deal with the City to use Prince Arthur's Landing (Marina Park) as an area of operations.”

The agreement was finalized late last summer and Dowds managed to squeeze in two weekends at the waterfront.

“This summer we plan to be there most Wednesday evenings and weekends however we are attending some special events throughout the Northwest which will take us away from there.”

A transplant to northwestern Ontario, Dowds has become a “passionate champion” for the regional tourism industry, intent on boosting its profile as a world-class tourism destination.

Other provincial dollars went to the Coalition for Waverley Park, a neighborhood group in the city’s north end that received $101,379 to build a multi-use stage in the entertainment district. The group has a project to construct a pavilion at the spot of a former bandstand in the heritage park.

Further up the north shore, the Town of Marathon was floated $140,045 to make waterfront improvements with three new docks and some park upgrades.

The Township of Red Rock received $25,200 for a feasibility study to establish a shore-side recreational vehicle camping park.

Collectively, the province said in a news release that this funding should create 18 full and part-time jobs. “Tourism is important to many communities across the North,” said Rickford in a  statement.

“With this investment, our government is strengthening the Thunder Bay region’s economy, supporting the tourism sector, creating jobs and sending a strong signal that Northwestern Ontario is open for business.”