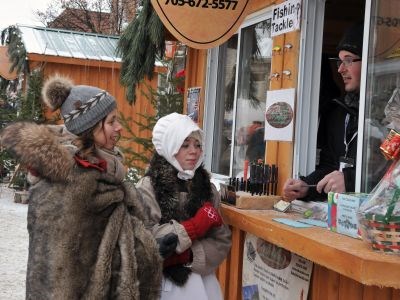 Village Noel Temiskaming was among the winners of the Festivals and Events Ontario Achievement Awards.

A pair of Northern Ontario festivals has been acknowledged for excellence by Festivals and Events Ontario (FEO).

Village Noel Temiskaming in Temiskaming Shores has been recognized as the Best New Festival (with revenues of $100,000 to $500,000). Launched in November 2015, Village Noel Temiskaming recreates a New France-era old-fashioned Christmas village featuring artisans, craftspeople and food vendors from across northeastern Ontario and northwestern Quebec, in addition to carollers, street performers, musicians and family fun. The event ties in with the lighting of the town Christmas lights and Santa Claus Parade.

Food Frenzy of Thunder Bay earned the award for Best Youth Initiative. Launched in October, Food Frenzy is a food festival geared to youth aged 13 to 19. It gives youth a chance to experience food professionals in action, enjoy the full sensory experience of tasting quality foods, discover local food production processes, take action to lessen hunger in the community, and create memorable dishes and drinks. During the event, youth helped make sandwiches for the Regional Food Distribution Association, the umbrella group for the city’s food banks and feeding programs.

In addition, Festival of the Sound in Parry Sound earned the Best Fundraising Idea award. The music festival’s ‘Kids on the Bus’ campaign during its 36th season raised funds for a youth music education program, Music Scores, for area schools.

The 2016 Achievement Awards were handed out on Friday, March 4 during FEO’s annual conference, Dare 2B Different, in Markham.

FEO is the umbrella organization for the province’s festivals and events, providing education, marketing and advocacy services.