More upgrades are in the offing for North Bay’s flagship arena to repurpose and promote it as a bona fide multi-purpose event venue.
0
Feb 11, 2015 4:23 PM By: Ian Ross 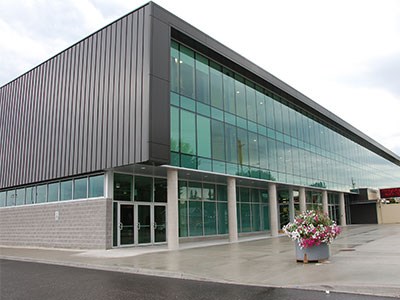 After a $16-million renovation, more accessories are coming to North Bay Memorial Gardens to position the city’s flagship arena as a conference, trade show and concert venue.

More upgrades are in the offing for North Bay’s flagship arena to repurpose and promote it as a bona fide multi-purpose event venue.

Money from FedNor will cover the costs to deck out 59-year-old Memorial Gardens with new audio-visual enhancements, lighting and other infrastructure improvements to attract trade shows, conferences, concerts, and national sporting events.

Ian Kilgour, the city’s director of parks, recreation and leisure services, said the upgrades will allow the Gardens to lure in mainstream concert acts that regularly tour on the Northern circuit but often bypass North Bay because of the Gardens’ antiquated infrastructure.

The $1 million in funding will cover electrical upgrades allowing Live Nation-type shows to “plug and play,” plus new audio-visual enhancements that will sync up microphones and roving audience cameras to the arena’s new video board and sound system.

The rest of the dollars are earmarked for parking lot improvements, rigging to support speakers and spotlights, removable seating, and large ceiling-to-floor drapery and curtains to cover arena access portals during shows.

The upgrades should be complete by late summer or early fall.

The Gardens underwent a $16.2-million interior and exterior renovation to attract an Ontario Hockey League franchise from Brampton in 2013.

The dramatic improvements, which included a new video board, private suites, media centre upgrades, improved and expanded seating, and a licensed lounge, provided some food for thought at city hall in looking for ways to market the Chippewa Street facility as a multi-purpose venue and develop a strategy on what types of events North Bay is now capable of hosting.

Sport tourism is a marketing vehicle the city has embraced in a big way through a sports and meetings website.

Kilgour said what makes this genre of tourism so attractive for many communities is that it’s largely insulated against downturns in the economy.

“It’s very competitive. Everybody knows that sport tourism is an economic development generator. The secret’s out, people are chasing it and the (sporting) associations want to hold them at the best facilities.

“Memorial Gardens is now going to one of those best facilities.”

When North Bay hosted the Canadian Mixed Curling Championship at the Granite Club last November, national curling association brass were taken on a tour of the revitalized Gardens and came away impressed, said Kilgour.

“They love a venue that size that’s been renovated and told us to stay tuned.”

Councillor Mark King, chairman of the city’s community services, said upgrades made to the Gardens’ media facility has changed the whole scope of the building toward making the building attractive for televised sporting events.

The city has hired a sport tourism advisor to attract events and as a member of the Canadian Sport Tourism Alliance regularly attends its annual conference to meet event rights holders in a speed dating format.