The latest and greatest vision to develop Sault Ste. Marie's Gateway site into a major tourism draw will be unveiled in December.
0
Sep 4, 2008 6:42 PM By: Ian Ross 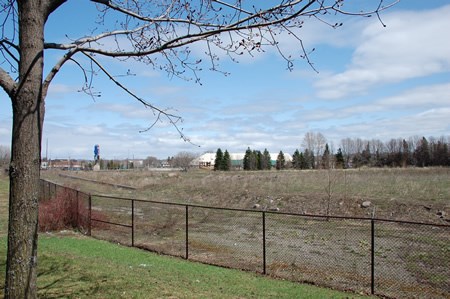 City of Sault Ste. Marie officials are hoping CCI Development Group is the developer that can finally convert a former brownfield waterfront site into a major tourist attraction.

The latest and greatest vision to develop Sault Ste. Marie's Gateway site into a major tourism draw will be unveiled in December.

CCI Development Group of Toronto has been given until winter to come up with a detailed designed of an anchor attraction on the waterfront.

City chief of engineering and planning Jerry Dolcetti says the city chose the company from a shortlist of four proponents because of its diversity of expertise and track record of putting together large scale projects.

"They certainly knew their stuff in the development industry and they're tied in nicely with investors that would see it through on the tourism component."

The Toronto company is the Canadian subsidiary of Cherokee Investment Partners, considered the largest brownfield redevelopment company in North America with more than $1 billion US in assets under management.

Cherokee is headquartered in Raleigh, North Carolina with offices in Toronto, Denver, New Jersey and London.

In a 2005 presentation, their investors are listed as large institutional pensions funds, university endowments and state funds, and they are repeat investors.

In June, two of Cherokee's managing partners, John Dill and Mike Hough were in the Sault to size up the 14-acre property, its surroundings and to met with the city's project committee.

The prime 14-acre Gateway property is a complex site to develop. Part of the land once held by Algoma Steel's settling ponds is contaminated with metal, but not heavily, Dolcetti says. There's also a shuttered provincial fish hatchery building still standing on the property.

One of CCI's strengths is their expertise in redeveloping brownfield sites.

It's why the city is giving them until December to prepare a site plan on what conceivably can be done and the costs associated with the clean-up.

Discussions have gone on back and forth, mostly talking in generalities on ideas, says Dolcetti. "Until we see the package, we can't comment on what the content is going to be."

Dolcetti admits the city set out an ambitious timetable to land and sign another developer by mid-October after bitterly cutting ties with Phillip Garforth of Legacy Quest Developments. He has since taken his 'Borealis' proposal to Sault Ste. Marie, Michigan.

In a view of the struggling U.S. economy and fewer American tourists crossing the border, city is viewing Gateway as a long-term project.

The number of visitations are down, but it won't last forever, Dolcetti says. "Things are going to pick up and we want to position ourselves to take advantage of it."

The city's marching orders to CCI, and five previous developers, has remained the same.

They want a destination tourism attraction that is self-sustaining, creates jobs, boosts overnight stays, and blends well with the nearby attractions and the city's boardwalk.

Dolcetti says CCI's plans could be radically different, and not as grandiose as Garforth's $54-million rainforest, bio-domes proposal, so long as it's not drain on local taxpayers.

The city expects a fairly detailed site plan showing all the elements of a tourism venue by December with a hotel and retail component. It could be a mixed land use with a combination of commercial and residential uses.

Dolcetti wouldn't rule out condos if the market is there. "We don't want pie in the sky, we want something realistic."

Still out as a public incentive carrot is $15 million in leverage money from the Northern Ontario Heritage Fund. To access the full amount, the development price tag must exceed $50 million.

If any site prep work starts, Dolcetti says, it likely won't happen until next spring, after the city has had the land appraised.

The city will not sign a development agreement with CCI until they see the project package.

"We're interested to see what they come up with."