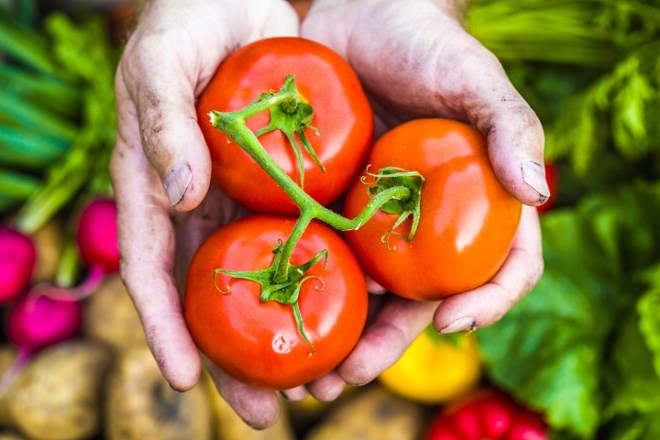 Nipissing First Nation is exploring the idea of building a production-scale greenhouse in an effort to help provide food security for the community and the surrounding area.

In April, the community, located near North Bay along the shores of Lake Nipissing, received $40,000 from the Northern Ontario Heritage Fund Corp. (NOHFC) to study the feasibility of a greenhouse that would grow produce throughout the year.

Mike Harney, Nipissing First Nation’s economic development officer, said the study got underway in March and is expected to be complete by Christmas. He’s confident the community will move ahead with the project.

“The study's not going to be a study such that we sit back and say, now, should we do it or should we not do it,” Harney said, noting there are working examples of year-round greenhouses in cold climate communities in Alaska and at Churchill, Man.

“It’s not that it can’t be done; it’s being done and being done profitably. So what we’re looking at is the best system for Nipissing First Nation, and that’s what we’ll do.”

The study will be completed in four stages: community engagement and alignment with Nipissing First Nation’s strategic plan; market demand for produce (both on reserve and for export within a 200-kilometre radius); labour supply requirement (greenhouse horticulturalists, building operations managers as well as sales and produce market strategists); greenhouse building design and operations and the availability of site specific resources and opportunities for systems integration; and economics and business case validation.

Inspiration for the greenhouse first struck while Harney was attending a conference of the Council for the Advancement of Native Development Officers (CANDO). Listening to a presentation by Jeff Scharf of Greenhouses Canada – a Lively-based business that manufactures greenhouses – Harney started thinking about food security and the origins of most Canadian produce.

Shipping fruits and vegetables in from the U.S., South America or Mexico is less than ideal because of the large environmental footprint, he noted, and produce isn’t always safe to eat when it arrives. He cited a May recall of U.S.-grown Romaine lettuce, which was found to be contaminated with the E. coli bacteria, making six Canadians sick.

Concerns about climate change also played a role in the decision.

"Where vegetables are being grown now cheaply, climate change may change that; some of these places may be either under water or in desert in the not too distant future,” Harney said.

“So if we start thinking about food security now, maybe we can divert some of those problems. When they do arise, we can have a secure food source for Nipissing First Nation and the surrounding region as well.”

The type of greenhouse Nipissing First Nation is considering isn’t like the glass, outdoor greenhouses of old. More modern versions use state-of-the-art technology, LED lights, hydroponics (growing plants in water, without soil), and complex nutrient mixes to grow the plants, allowing for year-round use, even in colder climates as experienced in Northern Ontario.

Harney said the feasibility study will look at different technologies, growing techniques and systems to determine what will work best for the community.

The study will also help determine the best location for a greenhouse, and the community’s Bineshii Light Commercial Industrial Park is in contention.

Currently in development, the industrial park is situated between North Bay and Sturgeon Falls, and directly off Highway 17.

Harney anticipates the greenhouse will sell produce directly to consumers, in addition to serving a number of outside markets.

“I think it’s important that we do have a storefront, so that people can see it and come in and take a look,” he said. “But we definitely will be marketing to stores and restaurants and other distribution outlets.”

Produce will also be contributed to the local Good Food Box program, which allows residents to purchase fresh produce year-round at affordable prices.

Harney believes there could be additional opportunities for spinoff businesses as well, such as pre-packaged salads or tomato sauce. One idea currently being explored is using fish waste from the community’s fish hatchery as fertilizer for the greenhouse.

Since the operation will require skilled workers, there will also be opportunities for employment for community members in areas including greenhouse maintenance and monitoring, harvesting, packaging, distribution, and marketing and sales.

“Once we get operational and we get a knowledge base set up, we’d be looking at helping other First Nations,” Harney said. “If they want to get into this type of thing, we’ll be available to help them.”

If the feasibility study goes as planned, Harney expects construction on the greenhouse could begin as early as next year.

At that point, he said, Nipissing would be reaching out to funding agencies again for financial support to help build the facility.

Indigenous entrepreneur's work wear line comes with a social message
Jan 27, 2020 10:00 AM
Comments
We welcome your feedback and encourage you to share your thoughts on this story. We ask that you be respectful of others and their points of view, refrain from personal attacks and stay on topic. To learn about our commenting policies and how we moderate, please read our Community Guidelines.