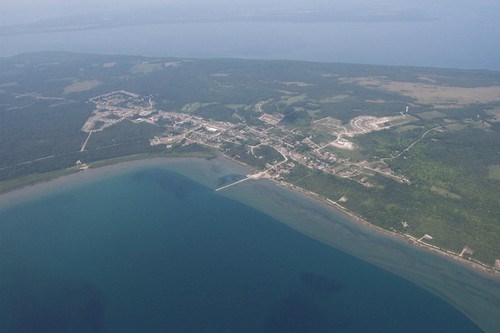 Wiikwemkoong Unceded Territory on Manitoulin Island is kicking off development of a light industrial park with $1 million from the province.

The province announced the funds in an Oct. 8 news release.

The First Nation community plans to use the funds to build roads and prepare lots with electrical, septic and water services. Eventually, the community plans to attract to the industrial park retail, service, manufacturing, distribution and assembly industries.

The plan will help determine the feasibility of building a plant capable of producing 150,000 metric tonnes of pellets per year. The pellets will be used as an alternative heating source, a cleaner technology than fossil fuels that reduces greenhouse gas emissions.

Wiiwemkoong Unceded Territory is located on the east end of Manitoulin Island, which itself is located in Lake Huron’s Georgian Bay.

Organization gearing up to promote Indigenous-mining relationships
Jan 14, 2020 1:00 PM
Comments
We welcome your feedback and encourage you to share your thoughts on this story. We ask that you be respectful of others and their points of view, refrain from personal attacks and stay on topic. To learn about our commenting policies and how we moderate, please read our Community Guidelines.