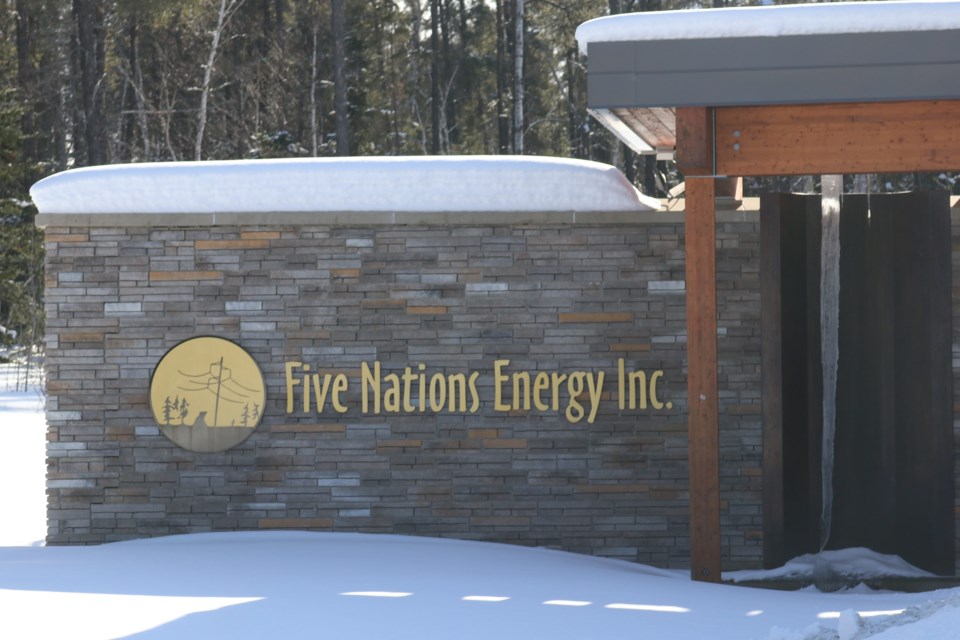 Five Nations Energy Inc. is the only Indigenous-owned electricity transmission company in Ontario and Canada. It owns and operates a 270-kilometre electrical transmission line from Moosonee to Attawapiskat.Dariya Baiguzhiyeva/TimminsToday

Over the past two years, Five Nations Energy Inc. (FNEI) has given almost $1.7 million worth of donations to five First Nation communities and organizations in the Timmins area.

The non-profit company, located off Highway 655, is the only Indigenous-owned electricity transmission company in Ontario and Canada. It owns and operates a 270-kilometre electrical transmission line from Moosonee to Attawapiskat.

The centre will use the money to upgrade its kitchen, backup generators and bedroom furniture, according to FNEI’s CEO Patrick Chilton.

With the donation to the Sagashtawao lodge, FNEI has concluded its two-year donation initiative.

Chilton said the campaign started in 2018 after the company had seen a surplus. Most of the non-profit’s revenue goes into maintaining the transmission system, so if there’s a surplus, the board discusses how to use it.

“We searched different areas where we could make donations, then we took it to vet to Mushkegowuk chiefs to let them know what we were doing,” he said. “We wanted to explain why we were donating the money.”

For the campaign, the corporation has also donated $506,000 to the Timmins and District Hospital Foundation, $250,000 to the Weeneebayko Area Health Authority (WAHA), $200,000 to establish a bursary fund at Northern College, and $100,000 each to the five First Nation communities: Fort Albany, Kashechewan, Attawapiskat, Moose Cree First Nation, and Taykwa Tagamou Nation.

FNEI also made several smaller donations, with the total amount handed out being just under $1.7 million.

“We also wanted to build that relationship with our First Nation communities and Timmins. We wanted to show we can give back,” Chilton said.

“We wanted to show there’s an organization, that is Indigenous-owned, that is giving back not only to its people on the James Bay coast but also to the Timmins area and people surrounding that. And same with the college, we wanted to have some visibility there, too.”

First Nation people in the North have been wanting to make a donation to the Timmins hospital when construction started.

“At the time, all the women and expecting mothers were coming down to Timmins and many children were born here. And not only that, in terms of emergency, CT scans, you name it, they come down to Timmins,” said Chilton. “So, it is our way of showing gratitude and the chiefs were really happy with that, to finally give something back.”

The energy company has always made donations in the past whether it was to fund school trips, sports teams or community events, he noted.

Manager passionate about giving opportunities to people at their 'lowest in life'
May 4, 2021 9:00 AM