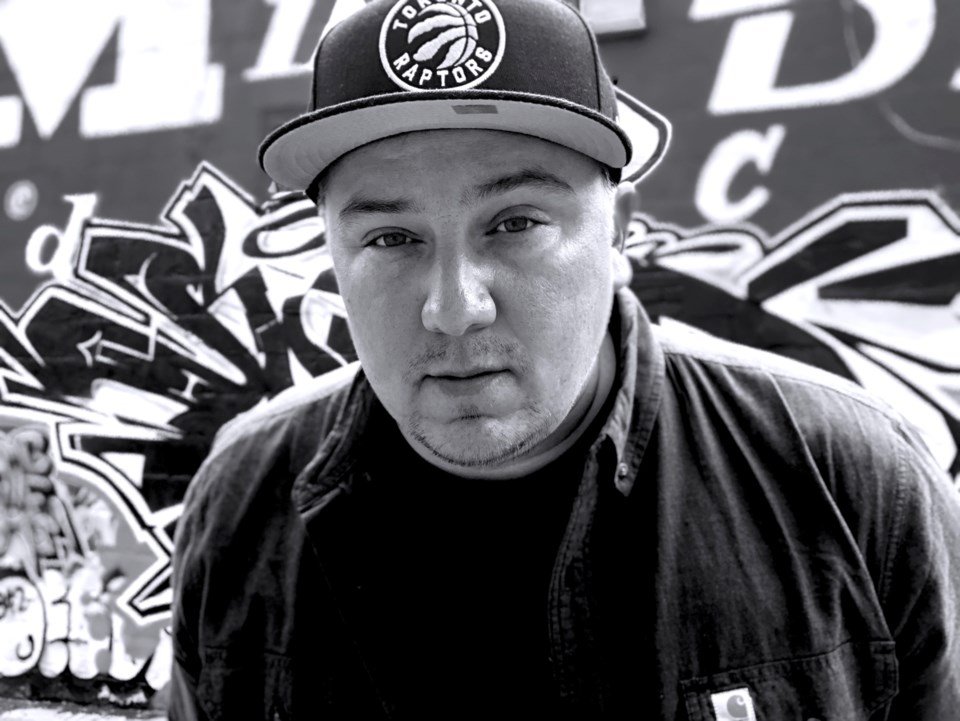 Anishinaabe comedian, writer and podcaster Ryan McMahon knows that we become the stories we tell.

That's why McMahon believes that building an Indigenous media company will always be overtly political.

While the tagline of Makoons Media is “Indigenous stories for worldwide audiences," the company is unique because McMahon and his team are not concerned about making their media accessible for non-Indigenous folks.

“I just saw the need inside Canadian film and TV to really be self-determining,” said McMahon, who grew up in Fort Frances, about creating the company.

“When we're talking about sovereignty, I am not just talking about my reserve and my Anishinaabe nation back in Treaty 3. I am talking about my own liberation. And there's nothing more liberating than creating for yourself with likeminded folks on behalf of yourself and others that think and feel the same way.”

With three offices in Winnipeg, Toronto, and Six Nations, the Makoons Media team is “laying the groundwork” to work with Indigenous creators and communities.

Within the company, there are four different units. They create original material for TV, film, and internet in addition to developing curriculum and educational materials from scratch for Indigenous communities.

“In our originals unit, we're creating stuff, researching, writing, and finding stories to tell. Inside our digital unit, that's where we work with a lot of partnerships and communities to assist them in telling their stories,” said McMahon.

McMahon and his team really wanted to build something that was sustainable and responsible.

“Our foundation is our community,” he said. “If our community has our back, we will always have a story to tell. We're only focused on scaling down.”

Makoons Media is currently working on a few different projects. They are building the world's only Indigenous podcast network called Indian & Cowboy.

They have just signed a deal with CBC to create a multi-documentary series for CBC Gem.

“Each episode of the series has a mentorship aspect built in,” said McMahon about how Makoons Media tries to create opportunities for emerging artists.

The company is also working to build educational platforms and portals with school boards in the Northwest Territories. They call these projects living history projects.

“We're working with communities to build platforms for communities to upload their histories, songs, languages, teachings, Elders' stories, which can be public facing or private, just for the communities.”

The platforms they build are completely unique, tailored to each community's needs.

McMahon started podcasting in 2008 because, as a single dad at home with two kids, it was the most accessible medium available to him at the time.

Since then, he has built a solid career as a media maker and community activator in the public eye. In 2012, he became the first Native comedian to ever record a full mainstream comedy special with CBC TV.

In the fall of 2018, McMahon partnered with Canadaland to create, write, and host the podcast “Thunder Bay,” which explores what has been described as the most dangerous city for Indigenous youth in the world.

The podcast received critical acclaim and was named one of the “BEST of 2018” podcasts by New York Magazine and the Globe and Mail.

McMahon was in Sudbury on Nov. 2 for the 2019 Wordstock Festival. He participated in a panel discussion called Minwaajimo: Tell a Good Story with Michael Hutchinson, author and press secretary for the National Chief of the Assembly of First Nations.

Throughout all of his public appearances and keynote addresses, he continues to emphasize the importance of Indigenous storytelling through contemporary mediums.

"In the age of the internet and digital media, it's integral that Indigenous folks pick up these tools and tell their own stories.”