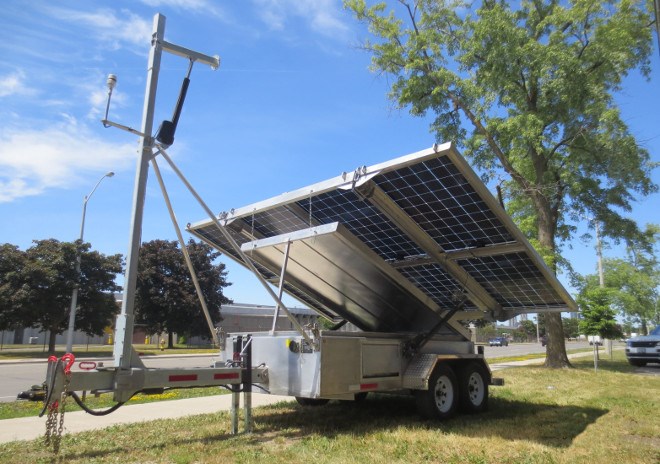 Mobismart makes various models of towable wind and solar panel systems, complete with battery storage, which can be unpacked and ready for use within minutes of arrival at a site.

Negotiations have begun between Wiigwaasaatig and Mobismart to acquire two of these units to deploy at Cat Lake First Nation and Lac Seul First Nation. It’s hoped these discussions will lead to a lasting manufacturing and distribution relationship.

AurCrest has taken corporate social responsibility to a new level.

Part of their mandate through Wiigwaasaatig (Ojibway for birch tree) is to develop renewable and sustainable energy infrastructure that the communities would eventually own and operate.

“The strategic alliance between Wiigwaasaatig and Mobismart will work to deploy the renewables technology on reserve at Cat Lake First Nation and at Lac Seul First Nation, in partnership with those communities, to reduce their grid-sourced electrical consumption and to foster an environment of socioeconomic growth and wealth generation, while growing company shareholder value.”

The systems are built onto an aluminum trailer that can be towed behind a pickup. These units can also be deployed and used in extreme cold weather conditions at remote mineral exploration and development sites instead of using diesel generation.