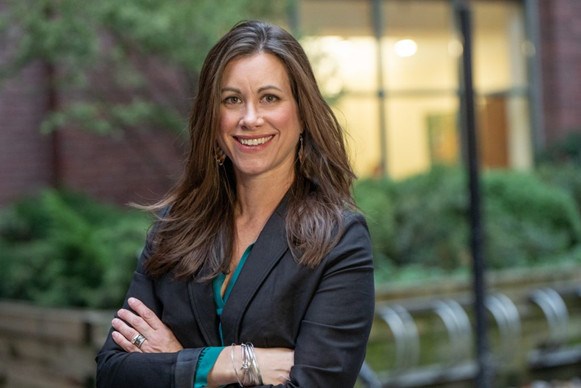 Tabatha Bull is the president and CEO of the Canadian Council for Aboriginal Business. (Supplied photo)

As Canadian businesses struggle to stay afloat during the COVID-19 pandemic, Tabatha Bull believes it’s important to keep sight of the integral role that Indigenous entrepreneurs play in supporting the national economy.

There are more than 50,000 Indigenous-owned businesses across the country, and new Indigenous companies are being launched at nine times the rate of their non-Indigenous counterparts, noted the new president and CEO of the Canadian Council for Aboriginal Business (CCAB).

But those businesses need support in order to keep growing beyond the current pandemic.

“The biggest barrier for Indigenous businesses is access to financing and capital,” Bull said.

“We’re at a point right now when liquidity and access to capital is the biggest concern for all businesses across the country, and that does put Indigenous businesses at an increased risk.”

Bull, a member of the Nipissing First Nation near North Bay, shared her thoughts during an April 30 webinar hosted by Impakt, a Toronto-based business consultancy that helps corporations develop social purpose programs.

The discussion examined the various hurdles that Indigenous entrepreneurs face, both in starting up a business and in accessing federal relief funds to alleviate pandemic-created pressures.

One of the biggest challenges stems from the outdated Indian Act.

Indigenous entrepreneurs don’t own the land their businesses sit on, which makes it difficult for them to raise the collateral needed to qualify for loans from traditional lending institutions, Bull said.

That’s why measures set out in the federal government’s COVID-19 Economic Response Plan, providing financial institutions with billions for small and medium-sized businesses, effectively left Indigenous entrepreneurs out in the cold.

Ottawa later followed up with $306 million to support Indigenous enterprises, but Bull estimated that would still only help around 6,000 businesses nationwide.

“So we’re still actively looking at other ways we can get financing to Indigenous businesses,” she said. “It’s definitely a huge barrier."

She argues that the federal government and corporate Canada can support Indigenous businesses just by purchasing from them, which can have a “staggering” socioeconomic impact to the communities in which they operate.

“It’s not about spending extra money or increasing tax dollars,” she said. “It’s about using money they’re already spending, but ensuring they’re directing a portion of that to the Indigenous supply chain.”

There are a number of Indigenous businesses that have successfully adjusted their manufacturing processes to address pandemic needs, she said.

In Abbotsford, B.C., for example, Ravens Brewing has started to develop hand sanitizer, while Paisley, Ont.’s Abraflex has switched from manufacturing protective equipment for the nuclear power sector to producing protective medical equipment.

“There are many businesses that have the ability to pivot that are already supplying that in the Indigenous economy,” Bull said.

“There’s an opportunity for corporate Canada to, even now, ensure that they’re including those businesses in their supply chain.”

Bull said providing education and cultural awareness throughout their organization – a recommendation from the Truth and Reconciliation Commission – is another key support.

Through that exercise, or any of the many cultural awareness training programs available across the country, corporations and their employees can learn about Canada’s colonial history and its long-term impacts to Indigenous people.

“There are a significant number of people in this country who do not understand why there may be additional barriers and do not believe that there should be additional consideration for Indigenous businesses or people,” Bull said.