The oilsands are not in JP Gladu’s plans 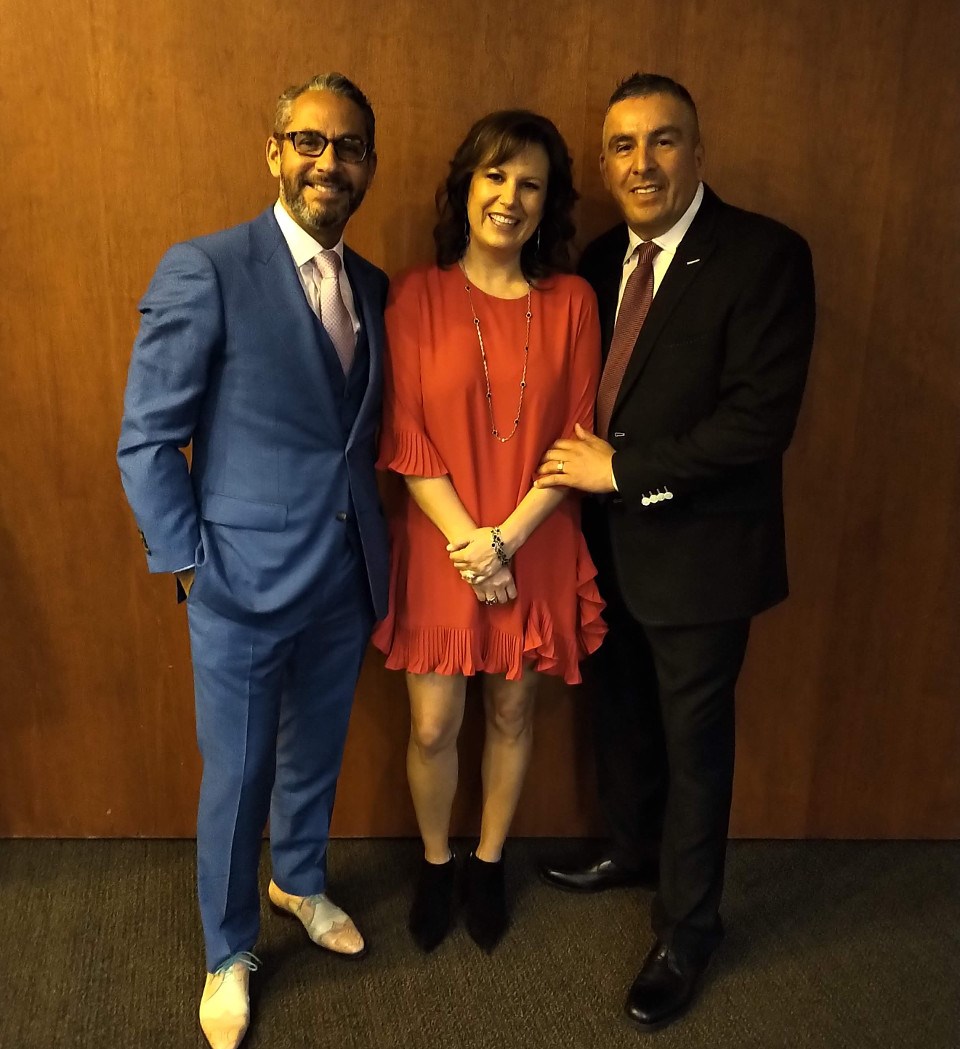 J.P. Gladu (left) with Nicole Bourque-Bouchier and David Bouchier in a spring 2019 after Nicole won the CCAB Indigenous Women in Leadership Award. (Supplied)

Hard times in Alberta’s oilpatch, combined with the COVID-19 crisis, has sidelined northwestern Ontario’s JP Gladu on his big move to Western Canada.

In a strange turn of events, Gladu was informed by his new employer, Bouchier, Alberta’s largest Indigenous site-servicing outfit, that he was being let go, just days before he was to start his new position as company CEO in early April.

The Thunder Bay-raised Gladu announced his resignation in early December as president-CEO of the Canadian Council for Aboriginal Business (CCAB) after close to eight years in that post to take the job with the Fort McMurray-based industrial service company.

He had left CCAB in early March in preparation for the move west.

“As COVID-19 continues to have many impacts around the globe, I am personally witnessing the business impact,” Gladu posted on LinkedIn, March 31.

“As of today, I will no longer be heading to Fort McMurray to take on the role of CEO at Bouchier.

“This week, the company, in response to the current economic climate, was required to reduce nearly half of its workforce, including senior executives.”

The multi-faceted group of companies has cut its business services from three to two, focusing now on contracting and facility maintenance. Bouchier’s workforce was 1,030, with about 430 being First Nation and Métis from across Western Canada.

In hiring Gladu, his marching orders were to grow the company’s influence and partnership outside of the Wood Buffalo region around Fort McMurray and increase the percentage of Indigenous staff.

“We are extremely disappointed the economic climate drastically shifted overnight, not allowing us to bring JP onboard to lead our projected growth over the next five years,” said Bouchier CEO Nicole Bourque-Bouchier in a statement.

“JP is a dynamic, thoughtful leader, with extensive experience and (is) well recognized within the Indigenous community. We are confident he will be of incredible value to his next employer.”

In an interview with Northern Ontario Business from early March, Gladu was excited about the challenge and opportunity to learn about the oil and gas sector.

He was particularly looking forward to the move from downtown Toronto to northern Alberta for lifestyle reasons.

“I’m a huge outdoor guy. I love to hunt and fish, and love being on the land. In my soul, that’s who I am, and I’m missing that on a regular basis.”

Weary of his travel-heavy schedule with CCAB, he was eager to spend time and work with the company owners he knew so well.

Gladu said he has known the company cofounders, the wife-and-husband team of Nicole Bourque-Bouchier and David Bouchier, for six years.

Nicole was sliding into the president’s role in charge of strategy, while David was shifting into the position of chairman of the board.

“Firstly, I want to say thank you, Nicole and Dave. I wish you the best through the years of rebuilding,” Gladu said in his post.

“I know we were all excited to work together, not just as good friends, but as leaders making an impact. While I’m disappointed, as I was ready for this next chapter and challenge in my career, I also recognize that I have been luckier than many, as my health and the health of my loved ones remains strong.

"I am also deeply grateful to have spent the last eight years building a strong career and business community focused on increasing the strength of the Indigenous economy. As for my next career move, I hope to again find myself in a senior executive position driving the interests and values of our Indigenous population in Canada forward.”

Trained as a forester, Gladu is a member of Bingwi Neyaashi Anishinaabek, located on the eastern shores of Lake Nipigon.

He worked in the natural resources sector and in economic development for more than two decades.

Gladu joined Toronto-headquartered CCAB in 2012 and made strides in growing its membership, but was particularly instrumental in persuading companies to include First Nations in their industrial supply procurement, even nationally recognizing those firms that made efforts to do so.

Indigenous businesses need support during pandemic crisis, says national leader
May 1, 2020 5:00 PM
Comments
We welcome your feedback and encourage you to share your thoughts. We ask that you be respectful of others and their points of view, refrain from personal attacks and stay on topic. To learn about our commenting policies and how we moderate, please read our Community Guidelines.