As food producers race to meet global demand for seafood, aquaculture has become the fastest growing segment of the food-producing industry.
0
Apr 27, 2015 2:25 PM By: Lindsay Kelly 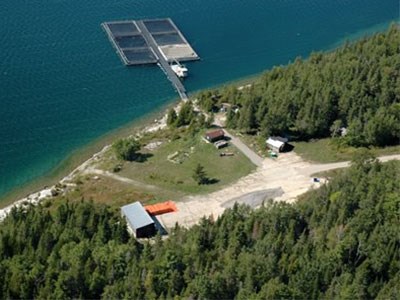 First Nations communities are looking at aquaculture for economic development opportunities, and the National Aboriginal Aquaculture Fund has helped foster some promising projects.

As food producers race to meet global demand for seafood, aquaculture has become the fastest growing segment of the food-producing industry, and increasingly, Aboriginal communities and entrepreneurs are examining how they can participate in the sector.

Todd Gordon, the aquaculture technical business expert with Waubetek Business Development Corp., said with so many facets to the aquaculture industry — production, processing, supply — there are plenty of opportunities for First Nations to get involved.

To be eligible for funding under the NAAF, projects had to revolve around community engagement, joint ventures with private companies, strategic planning and feasibility studies, or pilot projects.

Gordon, who was hired to oversee projects in Ontario, Manitoba and Saskatchewan, said seven projects were approved, including two in Manitoba and five in the Manitoulin Island area, where Northern Ontario’s first rainbow trout cage-culture operation was established in 1986.

Projects had to be wrapped up by March 31, and Gordon said there were some promising results.

A project in Sheshegwaning on Manitoulin Island looked at developing a protocol for establishing fish farms that met the First Nation’s value systems, beliefs and environmental standards. The long-term value is that it could be used as a model for other communities to follow, Gordon said.

In Manitoba, one group looked at developing a system that would simultaneously grow fish and a certain species of algae.

“The type of algae you’d grow produces a pigment that’s used in things like cosmetics, and even fish food, and it’s quite valuable,” Gordon said. “So if you can produce quantities reliably and also have your fish producing and selling some of them…you’ve got two sources of revenue.”

There was also excitement over a Walleye Aquaculture Workshop, hosted by Waubetek and held in Sudbury in March, which focused on establishing a cage-culture industry for walleye, which is garnering increasing interest from producers (aquaculture operations typically produce rainbow trout).

“Traditionally, in the past, there hasn’t been a great deal of development of the food fish, because there are some real difficulties in raising walleye to the point where they’re suitable for market,” Gordon said.

Walleye are cannibalistic, and tend to feed on each other before they grow to the right size for food consumption, he noted. Producers have also had trouble getting walleye to consume manufactured feeds.

But more research has been done in recent years and guest speakers from the Department of Natural Resources in Iowa and Wisconsin spoke about how they’re addressing those challenges.

“There’s more interest than ever,” Gordon said, “and there’s been increasing likelihood that walleye could be commercially grown, for example, in the Manitoulin area at the cage culture sites.”