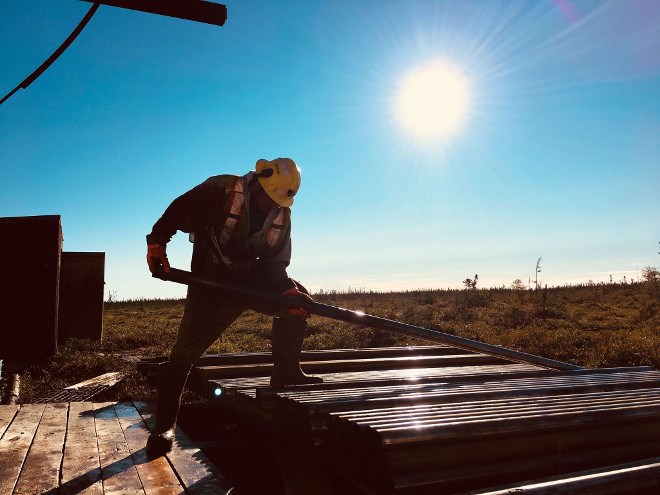 Contrary to mainstream media reports, numerous First Nation communities have embraced natural resources development in mining, forestry and energy projects to improve their quality of life, according to a report by a Quebec public policy think tank.

While there’s been First Nation opposition on projects like pipeline expansion, a new research paper by the Montreal Economic Institute (MEI) indicates many others wish to take advantage of the resulting wealth and jobs.

“Things have changed a lot in the past 25 years.”

In a Nov.6 news release, MEI said the research paper chose not to delve into the pros and cons of resource development because the "cons" are already in the media.

Instead, their study focuses tangible cases where First Nations derived the benefits of participating in development on their territories.

The report comments that Reconciliation between First Nations and the rest of Canada must also be economic, and cites examples where resource development has had a transformational impact on entire communities.

Bezile points to the Cree of northern Quebec, who are active in the mining sector; the involvement of the Lax Kw'alaams and Kitselas of British Columbia in the forestry and natural gas sectors, respectively; and Fort McKay Nation, which is growing rich in the Alberta oilsands.

In recent years, only five per cent of Fort McKay’s revenues came from federal transfers.

"The average after-tax income of Fort McKay residents is even higher than that of other Albertans, which is saying something," said Belzile in a statement.

Together with another First Nation, Fort McKay recently acquired a majority stake in oil infrastructure on its territory, valued at half a billion dollars.

The 44-page report cites no examples from Ontario, but does include commentary from JP Gladu, president of the Canadian Council for Aboriginal Business; a board director with Noront Resources, operating in the Ring of Fire; and a member of the Sand Point First Nation in northwestern Ontario.

“We were the first entrepreneurs. It is just embracing that entrepreneurial spirit in a modern context,” said Gladu.

"We have to stop thinking that First Nations are an extension of environmentalist groups," said Bezile. "There are many communities, and the people who make up those communities don't all think the same way."

“Like all Canadians, they want to improve their living standards and provide a better future for their children. And they are succeeding in doing so by reconciling economic development with respect for the land and the environment.”

Compared with the rest of Canada’s population, First Nations face a higher prevalence of alcoholism, drug dependence, greater family violence, and lower life expectancy with inferior access to health care and to a quality education.

Unemployment in Indigenous communities is more than double that of non-Indigenous population, and the median after-tax income is 30 per cent lower than that of other Canadians.

But these communities are surrounded by natural resources – offering high quality jobs – on their traditional territories.

In the mining industry, 455 agreements have struck between First Nations and companies in the period from 2000 to 2017, offering priority hiring, subcontracting opportunities, in addition to benefits from extraction royalties from activity on traditional territories.

The report said Ottawa ended the Northern Gateway project, despite the fact that 31 First Nations and Métis communities had negotiated jobs and contracts, and obtained shares in the enterprise.

This year, the Trans Mountain pipeline expansion project is in trouble, despite the fact that 43 nations signed agreements with Kinder Morgan.

"Many First Nations have chosen the path of development and prosperity. If we want to help them get out of the vicious cycle of government dependence, we need to encourage them in this choice, not throw obstacles in their way," said Belzile.