First Nations should insist on taking an ownership role in natural resource projects, rather than consistently going to the Impact Benefit Agreement (IBA) as a partnership solution, according to a leading expert on Aboriginal partnerships.
Mar 2, 2009 7:45 PM By: Nick Stewart 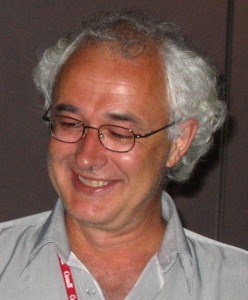 First Nations should insist on taking an ownership role in natural resource projects, rather than consistently going to the Impact Benefit Agreement (IBA) as a partnership solution, according to a leading expert on Aboriginal partnerships.
"The leverage of First Nations has been increased over the years through legal and social means, but it hasn't always resulted in better agreements," says Mike Lewis, based out of Port Alberni on British Columbia's Vancouver Island.
"For First Nations to advance, they need to position themselves more powerfully in these economic projects, and an equity stake represents a much stronger position."
Lewis would know, having authored Aboriginal Joint Ventures: Negotiating Successful Partnerships in 1993. This slim document has been used as a roadmap for countless discussions across the country, and Lewis himself has helped more than 250 First Nations communities prepare and develop joint ventures with resource companies over the last 40 years.
Most notably, he was lead negotiator between MacMillan Blodel (subsequently Weyerhaeuser) and five local First Nations of Ahousaht, Hesquiaht, Tla-o-qui-aht, Toquaht and Ucluelet, over logging controversies in the ecologically sensitive Clayoquot Sound region of B.C.
With his help, they took a majority position in a joint venture known as Iisaak Forest Resources, where the First Nations have since become sole owners.
These days, Lewis is overseeing the creation of a similar book commissioned by the Yukon provincial government, centered around First Nations and mining.
While forestry and mining may have some key differences, many of the concepts of the role to be played by First Nations are the same.
One such element includes the role of IBAs, which is a widely accepted but non-legislated format for partnerships between First Nations and outside companies.
These tend to offer some strong benefits for the affected communities, but Lewis argues that direct joint ventures should become recognized as the preferred path.
While IBAs typically feature provisions for education, training and "preferred" status for contract work throughout the life of the project, these elements represent a "downstream" element of project spending. In other words, their costs are already spoken for in the budget; whether the work goes to Aboriginal contractors or not.
What's more, IBAs typically have little binding power, using such phrasing as "best efforts" and "will attempt to." Although increasing numbers of court cases have cemented the legal importance of holding to such partnerships, joint-venture intrinsically have stronger legal links and can mean much greater strength for the First Nation.
As a result, the optimal solution is to not pursue IBAs but a small, fair equity position in the mining project itself.
This would allow for a much greater flow of information to the First Nation community; as a part owner, the community would be privy to the decision-making process and could provide direct input as a partner.
What's more, rather than simply relying on an implementation committee for information on the direction being taken by the company, an equity position would make the community privy to the same information as other shareholders. This includes financial statements, audit processes, and so on.
This "upstream" stake also puts the First Nation in a more powerful spot to negotiate subcontracting opportunities which would otherwise be available through the IBA.
Naturally, many companies are resistant to the idea of giving away future revenue, though they largely understand the value of cooperative partnerships, and that means the First Nations should lodge themselves in a position of strength, Lewis says.
In order to be able to negotiate this kind of position, however, First Nation communities must fully understand the true value of their involvement and cooperation with a project.
In today's harsh economic times where capital can be difficult to raise at the best of times, potential investors need to know the project will be stable and free of potential interruptions.
"If a First Nation can understand what's reasonable, that's going to have a big impact," says Lewis, who is also the president of MaMook Coulson TFL54 Ltd., a forestry company which represents a First Nation joint venture. "The benefits of cooperation are truly worth a lot to a company."
However, this knowledge shouldn't lead to an overstatement of their involvement, either. Occasionally, unprepared First Nations will attempt to "get a piece of everything," which all too often leads to getting "a piece of nothing" as their ability to manage the various elements they've negotiated fails to match their responsibilities.
There is no easy answer to achieving that level of understanding between the intrinsic value of their cooperation and their ability to navigate the management process, Lewis says. However, he suggests seeking out organizations that are willing to educate a community about the ins and outs of negotiation and what the expectations should be on both sides of the table. If possible, he even recommends a multiple-day simulation of the negotiation process, something he's overseen himself in his role as president of the non-profit Centre for Canadian Renewal.
Having had that first-hand perspective on the benefits of a simulation, Lewis says it can often demystify the negotiation process while providing concrete experience on working with outside resource companies.
That experience, combined with the appropriate amount of training and coaching, could prove particularly invaluable in allowing First Nations to act as their own negotiators rather than being forced to rely on outside voices to speak for them.
"Advisors too often are lawyers, who tend to dictate terms and integrity for them. This isn't always a bad thing, necessarily, but people need to be able dictate their own terms, and bring the lawyers in after things have been hammered out."