Every story is different, but the civility and connection to the land and commitment to community has been unbroken.
0
Nov 10, 2016 11:53 AM By: Michael Atkins 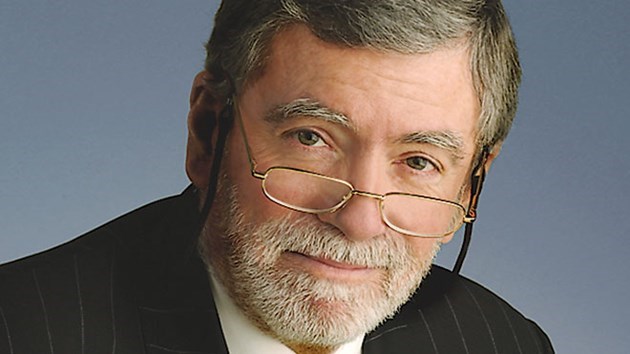 This is what is known in golf parlance as a “gimme.” Last month we celebrated our 30th anniversary of the Northern Ontario Business Awards. What follows is a portion of my remarks from that evening. Please don’t report me to the plagiarism police.

As you know, this is our 30th anniversary. We are humbled to be here, more or less in one piece and full of the same enthusiasm we have enjoyed with so many of you for so many years.

We have hosted more than 15,000 people over the years at these dinners and celebrated hundreds of winners. It has become a part of our life.

All right. Any of you who attended our first awards program in Thunder Bay in 1987, please stand up.

Congratulations; we have a gift for you: a package of Advil and Viagra.

Back in Thunder Bay in 1987, Jack Masters was the mayor, David Peterson was the premier and a featured speaker, and the entrepreneur of the year was Richard Fahlman, who quit his job as a travelling salesman in Regina, sold his house and cars, and bought Anderson’s Lodge in Sioux Lookout. Thirty-eight years later, he sold this extraordinary camp to his managers who run it to this day.

Other winners included Harvey Cardwell, who started Robin’s Donuts in Thunder Bay; Dr. George Duncan, who launched Accurassay Laboratories in Thunder Bay; and Chuck Carter, who was the chairman and chief executive officer of Great Lakes Forest Products. My old friend, J.J. Hillsinger from Sault Ste. Marie, was one of our first judges.

There was one uninvited guest: a chicken. The man inside the costume was protesting prices of the Ontario Egg Marketing Board and wanted the premier to do something about it.

We never saw that chicken again.

Six years later, in 1992, we were in Sault Ste. Marie. Frank Dottori was president of Tembec, had bought Spruce Falls Pulp and Paper that year, and won executive of the year. Vic Prokopchuk was entrepreneur of the year with his innovative cable company in Atikokan, and our own Rachel Proulx from Sudbury was one of the judges. At the back of the hall, half the audience was pretending to pay attention to us but were actually watching the Toronto Blue Jays on a silent TV screen at the back of room. The Jays beat the Atlanta Braves and we all got drunk.

In 1997, we had the largest turnout of any awards program before or since in North Bay. We had nearly 700 attendees at the arena and approximately 2,000 teachers outside the building picketing the dinner and Northern Ontario’s own Premier Mike Harris, our featured speaker. Our big winners that year were David Wright, with his famous Bear Chair from Magnetawan, and George Hutchison, who built a nationwide, publicly traded insurance brokerage out of his modest offices in downtown North Bay.

In 2007, we came to Timmins. The price of gold was up, our friend Tom Laughren was settling in as mayor after the Vic Power years, and we sold out before we knew it. Sudbury’s Peter Dal Bianco was our entrepreneur of the year; Terry MacGibbon, another NOBA winner that year, was ratcheting up FNX Mining from a penny stock to a major play in the Sudbury Basin; Ross Woodward was a judges’ choice award winner for his Timmins-based company, United Supply; and there was our young entrepreneur of the year from Sudbury, David Morris, a full-time dentist who went from drilling teeth to drilling diamonds. We were never sure where he made most of his money.

Every year had its own story, different heroes, and a different vibe.

What has remained constant has been the shared experience of living and working and creating wealth in Northern Ontario. Every story is different, but the civility and connection to the land and commitment to community has been unbroken.

As we thought about how to mark our 30th year, we focused on just exactly why we had embarked on this journey in the first place.

Our purpose was to recognize excellence.

Our purpose was to build confidence in our ability to overcome obstacles and challenges unique to Northern Ontario by celebrating people who did it.

Our purpose was to help build a culture of enterprise in a land dominated by huge forestry and mining companies and labour unions with head offices anywhere but Northern Ontario.

Our purpose was to get to know one another and have some fun.

I’m proud to say that, 30 years later, we stand for those same values, and we are humbled to see they still resonate with you and thousands of others across the North.

Thank you for being here.