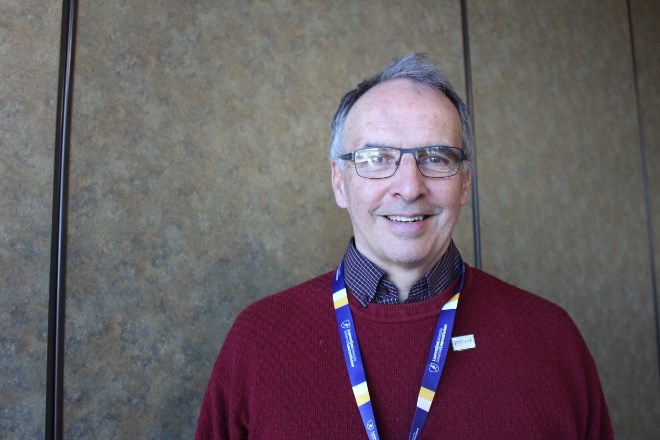 John Gunn is the director of the Living with Lakes Centre, and the Canada Research Chair (Tier 1) for Stressed Aquatic Systems, at Laurentian University in Sudbury.

Comedians know how to use the “power of three” before they hit you with the punch line. However, there was nothing funny in the three hefty climate change reports that landed with a thump on the desks at Queen’s Park, Washington and the UN this last month.

Back to Basics, the meaty document from the Ontario Environmental Commissioner, spoke directly to the people of Sudbury, but the U.S. report also made it clear that Northern Ontario snowbirds can no longer be guaranteed that their low-lying condos in Florida or trailers in Arizona will still be habitable in the decades ahead.

For those planning to simply stay home, the biggest warning from the Commissioner was to prepare for extreme floods, something Sudburians know all about, with 22 drowning deaths during flooding in downtown Sudbury in the past century (last in 2008). Flooding during extreme weather events is in fact the number one threat across all of Canada, with the recent Calgary flood the most devastating natural disaster, rivalled only by the Fort Mac fire. Many insurance companies, however, now dispute the definition of "natural," fully accept the dire predictions of climate impacts, and thus may no longer offer affordable overland flooding insurance in many communities.

How is Sudbury preparing for the next flood? Well, we did build significant flood barriers on the headwaters of Junction Creek in the ’60s and since 1978 we have planted nearly 10 million trees and tried to protect major water-absorbing wetlands (Ponderosa, Lily Creek). These were great initiatives, but we now need to do more to soften the landscape to slow down the water. We also need many more trees, especially cooling shade trees (yes, we have already forgotten how hot last summer was!).

Where is the good news? Right now it is pretty limited, but let’s look at what we did in the past when war was declared on atmospheric sulphur dioxide (SO2) instead of today’s problem with carbon dioxide (CO2) pollution. Sudbury’s industries were the world’s largest source of SO2 and needed to modernize and innovate, which they did magnificently, under the direction of good government regulations and, ironically, with the assistance of the North American cap-and-trade market system for sulphur. Sulphur pollution from Sudbury was reduced by more than 95 per cent, spinoff companies were created (more than 10,000 workers in mine service industry), and widespread cultural investments were made in a clean city.

Why can’t we now do the same with CO2 pollution?  Well, we have been actively trying, and industry again was leading the charge (yes, very active in the former cap-and-trade carbon program), with big and successful investments in the fossil fuel reductions (e.g. Vale AER program) as well as effective atmospheric carbon sequestration in regreened forests and organic covers on the once dusty tailings areas. However, now with the changes in government programs, the rest of us will also now have to join the effort. For instance, we need to grow a new clean tech/energy/water industry in Sudbury to find effective and affordable solutions to the climate and water pollution challenges and then export these to the world (i.e. job creation) in the same way that the mining service industry does so well. We also need to plan carefully for failure, and make sure the best infrastructure and emergency measures are in place, for floods, but also for fires (remember Parry Sound #33).

During the Second World War our leaders asked everyone to contribute and plant a Victory Garden to sustain the food supply in each community and throughout the nation. Probably a good message and approach (i.e. think global/act local) to focus on now as we face some very dangerous climate threats.

John Gunn is the director of the Living with Lakes Centre, and the Canada Research Chair (Tier 1) for Stressed Aquatic Systems, at Laurentian University in Sudbury.

OPINION: Some thoughts on a half-century of publishing in Sudbury
Mar 26, 2020 8:33 AM
Comments
We welcome your feedback and encourage you to share your thoughts on this story. We ask that you be respectful of others and their points of view, refrain from personal attacks and stay on topic. To learn about our commenting policies and how we moderate, please read our Community Guidelines.