Each year, KPMG surveys CEOs from the top firms from around the world, including Canada, regarding their outlook for growth, business priorities and things that keep them awake at night.
Aug 7, 2018 8:00 AM By: Laurie Bissonette 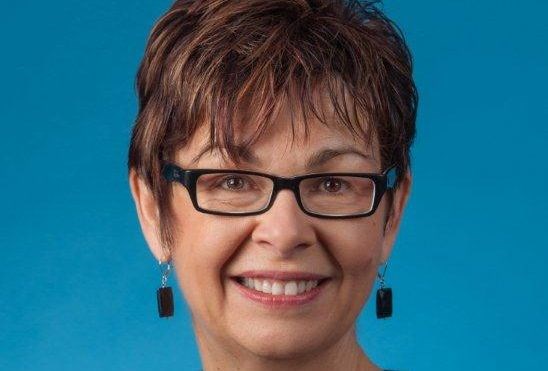 Laurie Bissonette, FCPA, FCA, is a partner with KPMG Enterprise. She can be reached at 705-669-2521 or lbissonette@kpmg.ca.

Each year, KPMG surveys CEOs from the top firms from around the world, including Canada, regarding their outlook for growth, business priorities and things that keep them awake at night. Published in late May, the 2018 CEO Outlook includes perspectives from 50 Canadian CEOs, and is part of a global KPMG study including nearly 1,300 international CEOs.

Given all of the economic and political uncertainty, we expected a traditional cautious view from Canadian business leaders. The result was the opposite, with Canadian leaders having a more confident view than their global peers in many areas. Canadian CEOs, for instance, are far more bullish on their ability to harness technology and grow their business than their global counterparts. Here are a few of the highlights of this year’s survey – some results are consistent and some are quite different. Take a look:

“Despite much debate about the potential trade headwinds facing the country, Canadian CEOs have a positive outlook for their own businesses and our economy as a whole,” says Benjie Thomas, Canadian managing partner of advisory services for KPMG in Canada.

“In fact, business leaders in Canada are feeling an unprecedented level of confidence that has them aggressively ready to take on the challenges and opportunities facing their companies.”

A belief in growth
Canadian CEOs are confident the Canadian economy will continue to grow (94 per cent) over the next three years and they expect their businesses to grow (96 per cent) along with it. Canadian companies have, for the most part, enjoyed strong earnings and profits over the past few years and are looking to deploy the large pools of capital they have stored up. While many will invest in organic growth, most CEOs say they are looking outside of the organization for new opportunities.

This year’s CEO Outlook also indicates 2018 will see a big uptick in mergers and acquisitions across the globe and Canada will be no exception.

“Eighty-two per cent of Canadian CEOs surveyed said they will make an acquisition over the next three years,” notes Thomas.

"There are a number of strategic and financial investors seeking a foothold in Canada. So those CEOs who’ve been driving great business results should expect a knock on their door from a global investor looking for a piece of the action.”

Success in the digital age
Virtually all (98 per cent) are in the process of building artificial intelligence (AI) into their operations with nearly one quarter (22 per cent) having already fully implemented AI in their processes and another 56 per cent using it in limited applications.

“While the benefit of many of these applications is to drive costs out of the business, Canadian CEOs also see technology as key in growing their businesses,” adds Kallner. “Nearly two thirds believe that investments in AI and robotics will create more jobs than they eliminate, slightly higher than the global view.”

Growing cyber threats
The Outlook also found Canadian CEOs believe the risk of a cyber-attack is the greatest threat to growth. Half of the CEOs said it is no longer a case of if they’ll be hit, but a matter of when, and many have taken personal ownership to protect clients and their company from an attack.

“A focus on putting the right people and processes in place has 86 per cent believing they are now well prepared to contain the impact of a future attack – with 58 per cent saying they are very well prepared,” says Georgina Black, partner and national leader of management consulting for KPMG in Canada.

“This personal investment by Canadian CEOs gives them a far greater confidence than their global peers, where only 26 per cent said they were very well prepared for an attack.”

Access a full copy of the KPMG 2018 Canadian CEO Outlook at kpmg.ca/CEOoutlook.