“The clock is ticking” on ACR

A takeover of the Algoma Central Railway (ACR) passenger service from CN by a third-party operator is in the works and, at first blush, this seems to hold the promise of reviving the Agawa Canyon Tour Train and the full Sault Ste.
0
Nov 25, 2014 5:13 PM By: Greg Gormick 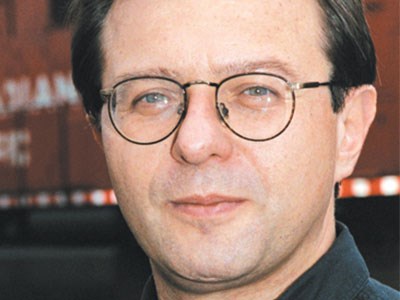 Greg Gormick is a Toronto transportation writer and policy adviser. His clients have included CN, CP, VIA and numerous elected officials and government transportation agencies.

A takeover of the Algoma Central Railway (ACR) passenger service from CN by a third-party operator is in the works and, at first blush, this seems to hold the promise of reviving the Agawa Canyon Tour Train and the full Sault Ste. Marie-Hearst service.

CN’s business is moving large volumes of freight over long distances, not hauling passengers. A new operator can bring expertise and enthusiasm that’s been understandably lacking under CN. Its involvement is only a consequence of its 2001 purchase of the ACR as part of a larger package of railway lines from Wisconsin Central (WC), which acquired the ACR in 1995. CN really didn’t want the ACR or its federally subsidized passenger service, but was obliged to take both because it wanted other strategically valuable WC lines.

But in the cheering about the potential improvements that could come with a new passenger service provider operating on CN infrastructure, there are two issues not being fully considered.

The most obvious one is the subsidy, which has been provided by the federal government since 1968 under a program to support passenger trains vital to regions lacking adequate air and road access. Without this funding, the ACR service would fold, as was proven recently when Transport Minister Lisa Raitt withdrew it and hastily renewed it for another year. Had she not done so, the passenger trains would be gone now.

What needs to be understood is there is no totally self-sufficient rail passenger system in the world, even though some heavily used lines in densely populated corridors earn an operating profit. The reasons for this are complex, but it amounts to rail not being able to charge compensatory fares when competing with other modes of transportation enjoying direct or hidden subsidies.

No matter what an innovative third party brings to the ACR service, it won’t be commercially sustainable if the feds end the subsidy next year. The government’s expectation that a private operator will inexplicably make it profitable is ill-informed. A failure to accept the fiscal realities of passenger trains — especially light-density services such as the ACR — will doom it.

Even more worrisome is the future of the whole ACR as a component of CN. When it was locally owned and the iron ore was flowing from the mines near Wawa to Algoma Steel’s Sault mill and Michipicoten Harbour, all was well with the proud little ACR. A steady stream of forest products was icing on its corporate cake. The closure of the mines and the decline in the forest industry spelled an end to ACR profitability. Today, the line has little value to CN.

But there is a glimmer of hope, which is perhaps why CN has not placed the ACR into the three-year abandonment process required under federal regulations. Many transportation insiders believe CN has hung on to it because it could serve as a possible conduit for mining output from the Ring of Fire to the Sault for processing or export. Given the Ring of Fire’s long-term potential, that traffic could be considerable.

But a railway can’t exist on the basis of traffic that may not materialize for many years. While it may not fit with CN’s shareholder-driven agenda, the ACR still provides a vital service that can’t be easily replaced by other modes. A parallel all-weather highway would be staggeringly expensive and environmentally brutal.

What is required here and across the country is a national policy that recognizes the unique value of rail service and uses public funds to maintain unprofitable lines that serve important public needs. Premier Kathleen Wynne’s government is taking that approach with the provincially owned Ontario Northland Transportation Commission.

The federally regulated ACR’s future is dependent on the development of a similar, enlightened vision by the feds. Without an acceptance of the ACR’s need for public support as part of a realistic rail policy, its future is uncertain.

The current federal government has given no indication it is heading down this track. But a federal election is, so there is reason for guarded optimism. Perhaps it will fall to another government to secure the ACR’s future by embracing rail policies similar to those found in every developed nation with which Canada competes. The clock is ticking.