Surprise of the Year: Keynesianism Revived

Choosing a key surprise for 2008 is no small feat. Rumblings in economic and financial markets earlier in the year culminated in the upheaval of the last few weeks, in many ways radically altering the economic landscape.
0
Dec 24, 2008 5:29 AM By: Feature Writer 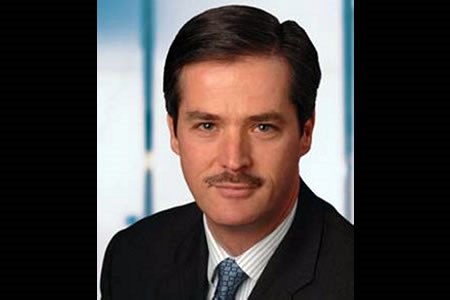 Choosing a key surprise for 2008 is no small feat. Rumblings in economic and financial markets earlier in the year culminated in the upheaval of the last few weeks, in many ways radically altering the economic landscape. Market upheaval has likewise birthed radical policy responses.

At first blush, the list of candidates is long and distinguished. On the economic front, sharp contractions in output in the world’s largest economies have begun. Decoupling, the notion that slowdown would be confined to the US economy, was disowned by its proponents by mid-year. Commodity prices plummeted. Inflation concerns evaporated. Confidence melted. On the financial front, the collapse or near-collapse of venerated Western institutions, together with plunging equity markets, were events that transcended the experience of today’s market players.

These are huge movements, by any standard. But were they surprising? For those who foresaw a global slowdown, not entirely. Much of what is happening is the stuff of downturns in economic cycles. We haven’t had one for a long time, so this is a particularly big one. All economic interruptions are painful in the short term. But a key concern with big downturns is their potential to undermine the very economic superstructure on which they are built. Systemic failure in the marketplace outlasts economic downturns, and poses a significant threat to long-term growth.

This was a preoccupation of famed economist John Maynard Keynes in the 1930s, who pointed to temporary failure in the marketplace as a key inhibitor to the proper working of the economy. He famously proposed the notion of substantial state intervention, which would create demand and in turn, jump-start the economy. His advice was taken, and proved so potent that it was difficult to suspend these temporary spending programs. The legacy these Keynesian measures left was the inhibiting fiscal deficits and debt-loads of the post-war period – a legacy that Western economies have painfully spent a generation trying to undo, with varying levels of success.

Against this backdrop, the recent return to Keynesian stimulus measures is staggering. Recent days have brought an instant deluge of massive public spending announcements, spanning many nations and all varieties of economic ideology. And the financing for these packages? In many cases, countries are prepared to do what was broadly unthinkable at the beginning of the year: run up deficits, even considerably large ones, with the promise that they will be temporary. The policy shift is seismic, and will have a marked impact on near-term economic performance.

Most economy-watchers agree that the global recession is just taking hold, meaning that there will be more bad news before we begin getting good news. As such, we have likely not seen the end of the wave of Keynesianism, and short-term public deficit projections will likely grow. But they are likely to bear fruit, moving us through the economic downturn in the near-term period.

The bottom line? As surprising as the return to Keynesianism is, it is here, and it is big. If Keynes didn’t underestimate its potency, he perhaps did underestimate its staying power. Maybe the surprise two years from now will be that today’s measures indeed proved to be temporary.

Happy holidays to all, and best wishes for 2009. Weekly Commentary will return on January 7.