The expansion in resale market activity that was characteristic of both Sudbury and Thunder Bay from roughly 2002 to 2007-08 has come to an end with the softening in commodity prices since the fall of 2008.
0
Nov 23, 2009 6:21 PM By: Warren Philp 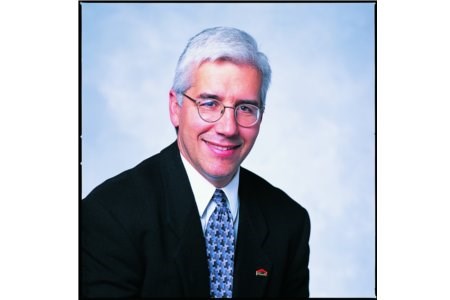 The expansion in resale market activity that was characteristic of both Sudbury and Thunder Bay from roughly 2002 to 2007-08 has come to an end with the softening in commodity prices since the fall of 2008. Nonetheless, the two largest centres in Northern Ontario still enjoy reasonably active markets as they cope with an economy in transition.

According to the Statistics Canada Labour Force Survey, employment has fallen sharply in Thunder Bay but does appear to have troughed. Thunder Bay completed the third quarter averaging 60,000 employed, down from the same period one year ago. From a sectoral standpoint, jobs in the services-producing sector of the economy has been reasonably stable while the goods producing sector has been steadily losing jobs.

After hitting a record high in 2008, Thunder Bay sales have fallen 18 per cent thus far in 2009. Sales will fall 20 per cent in 2009 and CMHC estimates a recovery of six per cent in sales to reach 1,400 units in 2010. Expect a gradually improving economy and low mortgage rates to positively impact the market next year.

The shortage of active listings in the Thunder Bay existing home market will exert pressure on prices. Active listings to September 30th totalled 332 homes, down 39 per cent from the recent peak in 2006. The tight supply-demand relationship has driven up prices 4.3 per cent to September 30th. The market was in a balanced position in the third quarter. The supply-demand relationship will cause price appreciation to continue. Watch for average prices to rise four per cent in 2009 and another four per cent in 2010.

The slackness in the resale market has directly impacted the new home market as has the slowing economy. Single-detached starts will fall to 160 units in 2009 and inch up to 170 in 2010, as the market comes more into line with long term demographic requirements. CMHC expects 30 row, condominium and apartment starts in 2009 and another 55 in 2010. Relatively tight rental market conditions and an increase in condominium unit demand will result in some of this activity over the next 18 months.

Employment has fallen in Sudbury since last year particularly in the goods producing sector. Jobs in the services producing sector have just levelled off. Closing September at 10.5 per cent, Sudbury stands with one of the highest unemployment rates compared to other centres across the country. Employment will decline 1.2 per cent in 2009 and recover only slightly, 0.5 per cent in 2010.

The presence of a strike at Vale Inco has had a negative impact in Greater Sudbury’s economy since midyear. Mining indices, including nickel, are on the upswing. Nickel prices troughed in Q1 2009 and have been rising since, as the economy shows some early signs of recovery. Unfortunately there is uncertainty relating to the length of the strike affecting 3,100 members of the United Steelworkers Local 6500. However the current commodity price rebound will form a solid long term foundation for growth in the broader Sudbury economy

After plateauing in 2006-2007, Sudbury sales fell 13 per cent in 2008 and have fallen a further 26 per cent to the end of September. Sales will certainly continue this downward trend in 2009. Given the buyer’s market conditions, CMHC estimates a 27 per cent drop in existing home transactions when the year is complete. Sales will drop a further six per cent in 2010.

Average prices in the year-to-date period are off 5.8 per cent and sit at slightly above $200,000. Prices have been falling since mid-year 2008 after rising to high levels over the prior four years. Watch for average prices to fall 5.5 per cent in 2009 and level off in 2010. Although the market is clearly positioned in buyer’s territory, listings have been sliding which is moving the market closer to a balanced market position.

In light of the softer economic conditions, the current trend favouring higher-density dwellings has been the main driver of Sudbury’s new home market in 2009. CMHC expects 210 row, condominium and apartment starts in 2009 and another 160 in 2010.

Meanwhile, single-detached starts will fall to 190 units in 2009 and 180 in 2010, as the market comes more into line with long term demographic requirements.