When we had our first meeting in Marathon in early 2009 to talk about community-based forestry, I can’t sit here and tell you that the Nawiinginokiima Forest Management Corporation was what we originally sketched out.
0
Jun 10, 2013 6:02 PM By: Daryl Skworchinski 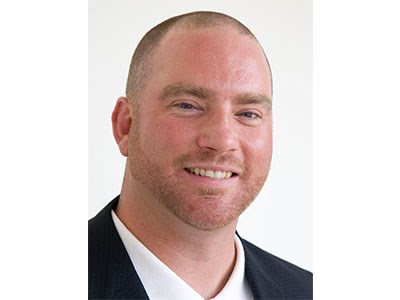 Daryl Skworchinski is the chair of the board of the Nawiinginokiima Forest Management Corporation (a new Ontario Crown Agency).

When we had our first meeting in Marathon in early 2009 to talk about community-based forestry, I can’t sit here and tell you that the Nawiinginokiima Forest Management Corporation was what we originally sketched out. But I am sure glad we had that first meeting between Marathon, Manitouwadge and Pic River First Nation.

Early in 2009, Marathon Pulp Inc. closed its doors for good. Approximately 225 hard-working Marathonians were out of work, including my parents who had worked at the Marathon mill facility for a combined 60 years (my father a millwright and my mother an executive secretary). I was taught at an early age the value of honesty and hard work. My grandfather immigrated to Canada from Italy in 1934 by himself when he was 14 years old with almost nothing to his name to start a better life, and ended up settling in, of all places, Marathon.

I am an economic developer by trade, so when the Marathon mill closed in 2009, we didn’t sit around and commiserate ‘oh poor me.’ Not a chance. We immediately undertook two projects: we started to look for other uses for our shuttered pulp mill, and we explored ways to get control of our traditional fibre basket off the Big Pic Forest for economic development.

We set down the path of forming the Community Joint Venture (CJV) by incorporating a share capital company owned by the Town of Marathon, Township of Manitouwadge and Pic River First Nation. We established a board of directors and developed a business plan. We submitted an application to the Ministry of Natural Resources for a Forest Resource Licence on the Big Pic Forest, with no real background in forestry or logging. However, there were two key principles we had ultimate belief in: we believed in our communities and their resilience; and we believed we could apply innovative economic development principles to reinvent forestry in our region. After all, we were located in the middle of a very large, and sustainable, supply of unused Crown timber.

At the same time we were taking control of our own destiny and mapping out our future, the Province of Ontario was unveiling its plan for forest tenure reform, something I envisioned our CJV playing a leadership role in. There were many things that we felt could be improved with the current tenure system and we saw ourselves as part of the solution. We were so confident this could work that we volunteered – no insisted – to be the first pilot Local Forest Management Corporation.

Fast forward to March 15, 2013. After thousands of hours of work, probably a hundred meetings, and an unprecedented working partnership between four communities, three First Nations, and the Province of Ontario, the Nawiinginokiima Forest Management Corporation (NFMC) was announced by the Honourable Minister of Northern Development and Mines, Michael Gravelle. Nawiinginokiima translated in Ojibway means ‘working together’ – and that is exactly what we intend to do. Our vision is to become a global leader in forestry and community economic development. We intend to put the ‘cool’ back in forestry. Not by living in the past, but by building our own future. As a group we are in the early stages of developing the corporation’s strategic vision and action plan which will be structured around full forest resource utilization.

This will include innovative economic development practices that are built on pragmatism and strong economic theory. Everyone knows that fibre is the major economic driver in the forest, but what about carbon sequestration or green energy opportunities such as district energy systems which are common in Finland? We believe traditional forest resource uses can be augmented by more innovative sectors to produce value-added jobs in the north. AV Terrace Bay, and its production of rayon, is a first in our province.

Another area that NFMC is passionate about is re-engaging our youth in the forestry industry. A simple glance at workforce development reports tells us that there is an imminent shortage in foresters, forest technicians, truck drivers, and heavy equipment operators looming. We also view this as a great opportunity to work with our First Nation partners to help them build capacity and reconnect them with their traditional land base. Rest assured that one of our key action plans will be around youth education and engagement.

Now I often get asked the question, “Did you know what you were getting yourself into when you agreed to be the chair of this new Crown agency?” The honest answer is not completely. This has been a complex and time-consuming venture, and governing a Crown agency is not for the faint of heart. But then again, I would rather fly the plane than be a passenger on it!