Ontario mining a catalyst for a new economy

&#160; The recent turbulence in global economic markets hit us hard in Ontario and left many people feeling vulnerable and wondering what we can do to get out of the current slump and make our economy stronger and more resilient in the future.
0
Nov 23, 2009 2:50 PM By: Chris Hodgson 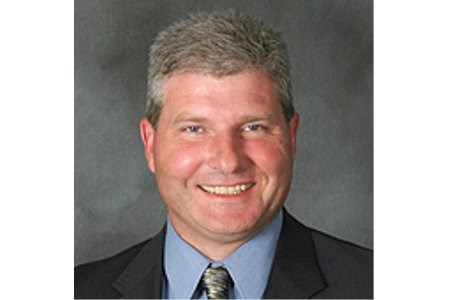 &#160;
The recent turbulence in global economic markets hit us hard in Ontario and left many people feeling vulnerable and wondering what we can do to get out of the current slump and make our economy stronger and more resilient in the future. The guiding idea in much of the public discourse has been that we have to build a new economy to maintain our lifestyle and to continue to prosper. The emphasis has been on the ‘new’, with Premier Dalton McGuinty recently telling reporters, "…it's hard for folks to come to grips with this, but the fact is our world has changed."

Undoubtedly, our world is changing. However, some fundamentals remain the same. To build a strong, innovative and value-added economy, we need a solid base. For geographical and historical reasons, mining has provided us with that base for a very long time. If we are smart about it, it will continue to do so in the Ontario of tomorrow.

Our geography is a blessing, but it also presents challenges. The vast majority of Ontarians live in the southern urban centers and we sometimes forget that Northern Ontario constitutes 87 per cent (802,000 square kilometres) of the land area in this province. This huge, relatively isolated area holds distinctive advantage, both in its resource wealth and human potential.

Mining is an important economic contributor, as well as an engine for regional development and value-add generation. Though the number fluctuates with various commodity price changes, mining in Ontario had revenues of $9.6 billion in 2008. Given that 80 per cent of mineral output is exported to markets in the United States, Europe and Asia, the mining industry contributes immensely to improving Ontario’s international balance of trade.

The industry provides a major boost to our financial sector, which is based in urban centers that are far away from any actual mining. The Toronto Stock Exchange (TSX) is currently the leading global mining exchange, listing 57 per cent of the world’s public mining companies and raising more mining equity capital than any other exchange.

Mining is an industry, which is active in all parts of the province. In some areas, especially in the Far North, mineral resource development is critical to creating employment and entrepreneurial spin-off opportunities. As the largest private sector employer of Aboriginals in Canada, mining makes a significant contribution to the well-being and development of remote communities.

Partially due to its exceptional level of productivity (each employee produces more than $500,000 worth of mineral products annually), the industry only employs about 25,000 people directly. However, the total for direct and indirect employment is 100,000, while the mineral sector cluster employs close to 200,000 people in the province.&#160;

This progression is illustrative of the exponential benefits that mining generates. According to a study by University of Toronto economists, Peter Dungan and Steve Murphy, the combined direct, indirect and induced effects of a single “representative mine” are extremely large, with the output of that single mine contributing $278 million to Ontario's economy and $84 million to government revenues annually – something to be noted as our province begins to wrestle with its staggering deficit. Moreover, the study demonstrates that mining is an activity which has, in the economic sense, less "leakage" than other sectors.&#160;A large percentage of the benefits of the economic development of a mine stay local, fueling induced economic activity that is difficult to quantify, but visible in communities with successful mining operations.

Other tangible benefits are a direct result of modern mining’s commitment to the principle of sustainability. Mining companies make many direct contributions to the well-being of their communities, including medical centers, sports facilities and community centers, schools, universities, colleges, research facilities. The industry invests in its – and by extension, our – future in other ways as well with $1.7 billion annually in construction, equipment, exploration and research&#160;and development, $2,300 annually in safety training per employee and $130 million in environmental protection.

It is obvious Ontario has major advantages that it can leverage to build sustainable prosperity that is broadly shared. However, the not-so-new reality, brought home to us clearly by recent events, is that we must succeed in a fiercely competitive and increasingly mobile global market. The static nature of mines should not fool us into thinking that mining companies will remain in unsupportive jurisdictions. Complacency is not an option.

There are steps the government can take to ensure Ontario is in an optimal position to take advantage of the next upswing in commodity prices. A basic foundation of mining success in Ontario – the thing that can set us apart and give us an advantage over some other jurisdictions with significant mineral potential – is certainty the rule of law and regulatory efficiency and certainty. These need to be maintained and enhanced if we wish to continue to reap the benefits that responsible mining can bring. Twenty-first century infrastructure is needed to ensure the connectivity that will allow for the transfer of knowledge, innovation and wealth to all geographic areas and sectors in the province. To be truly proactive, the government should set a clear development target, akin to the conservation targets in the Far North, which will focus efforts on opening 10 new mines in the next 10 years. It should also spearhead a research, development and manufacturing base in Ontario that will turn our mineral wealth into green products and technologies to support the lifestyles of the future.

There is no getting around the fact that without mining, we would neither be able to maintain our current lifestyles, nor make way for the greener ones of the future. Mining produces the building blocks of everything from your kitchen sink to wind turbines, hybrid cars, nanotechnology and beyond. As a society, we must get beyond the old mindset that mining is somehow an obsolete sunset industry. What is obsolete is our approach, which fails to integrate our overall economic and creative potential. Other global players are way ahead of us on this. Keith Bradsher of The International Herald Tribune recently reported how China is “using its dominance in mining, an obscure class of minerals [rare-earth elements], to strengthen its emerging lead in many alternative energy technologies, from wind turbines to hybrid cars.”

Ontario must take the long view and act to integrate its mineral wealth advantage into a sustainable industrial and innovation strategy. For its part, industry must seize the opportunity provided by a welcome business environment to strive to achieve levels of performance that are outstanding in global terms.

With the right incentives in place, the Ontario mining industry has every right to aspire to a leadership position by being the cleanest, most productive, technologically-advanced and socially responsible in the world.


Chris Hodgson is the president of the Ontario Mining Association.