Here’s a recent headline in the Globe and Mail’s Report on Business (Nov. 6), "As recessionary darkness passes, dividends rise and shine.” The conclusion: the recession is over and things are looking good again. Tell that to the more than 1.
0
Nov 23, 2009 2:14 PM By: Russ Christianson 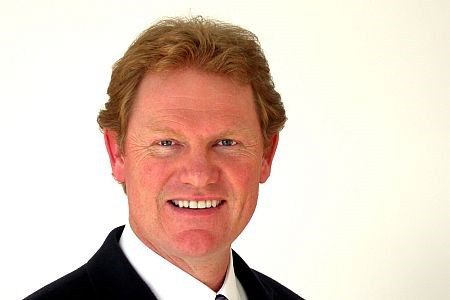 Here’s a recent headline in the Globe and Mail’s Report on Business (Nov. 6), "As recessionary darkness passes, dividends rise and shine.” The conclusion: the recession is over and things are looking good again.

Tell that to the more than 1.6 million Canadians who are “officially” unemployed and the additional 800,000 who have given up looking for jobs or to the 130,000 forestry workers who lost their jobs over the past six years.

It’s business as usual: profits and dividends go up and employment goes down.

In the past year, Canada has lost 400,000 jobs, according to Statistics Canada. Since October 2008, employment has fallen in most industries, with the steepest declines in manufacturing (-11 per cent), natural resources (-11.per cent), construction (-5.8 per cent) and transportation and warehousing (-5.8 per cent).

Ontario has been particularly hard-hit. At 9.3 per cent, Ontario is suffering its highest level of unemployment in a generation. If you add the people who have given up looking for work, the true unemployment rate is closer to 13 per cent.

In a knee-jerk reaction to last year’s economic collapse. Trillions of taxpayers’ dollars were given to failing banks around the world in a panic to save them because they were “too big to fail.” Canada’s big banks received a bailout of $75 billion from the federal government and the auto industry received $4 billion.

Meanwhile, Grant Forest Products and AbitibiBowater are in bankruptcy protection, and the Communications, Energy and Paperworkers Union of Canada are rightly asking for pension and wage protection for forestry workers.

Let’s step back for a moment and take a deep breath. Bailouts and buy-outs will not provide long-term solutions. The global economic collapse has proven that bigger is not better. We need to shift our focus from exporting raw lumber, to using our forestry resources (including non-timber forest products) to create value-added products, heat and electricity. This will create more jobs and wealth, decrease climate change gases and improve the sustainability of our forests.

We are living in very uncertain times, but there are two things that we can be certain of: Fossil fuels will become much more expensive, and climate chaos is going to change the economic game.

What are the implications? Exports and imports are going to decrease in importance because of increasing costs of transportation and carbon dioxide (carbon trading). We will still trade with other nations, but global trade will diminish over time.

This will have a major impact on Northern Ontario’s economy. In the short term, it will be challenging because a significant portion of the northern economy is based on harvesting and mining natural resources for sale to southern jurisdictions. In the long term, northern communities will have to develop a much greater degree of self-reliance, or they will die.

Northern communities are facing a turning point. The greatest opportunity facing the people of Northern Ontario (including First Nations people) will be gaining control of their natural resources.

Over 80 per cent of Ontario is Crown land. This means the people of Ontario already have “democratic” control over this great resource. And, in a recent policy publication (August 2008), the Ontario Ministry of Natural Resources and Forestry stated “The opportunity exists for Ontario to use its abundant supply of forest biofibre, industrial capacity, infrastructure and expertise to support northern and rural economies, create new business opportunities, support sustainable growth and generate new wealth.”

The Ontario government is also providing up to $200,000 per project to pay for feasibility studies and business plans for community power projects. There is specific support for First Nations through the Aboriginal Energy Partnerships Program and the $250 million Aboriginal Loan Guarantee Program. Municipalities will also receive money to cover the costs associated with new renewable energy projects through the Municipal Renewable Energy Program.

Thirty years ago, the Danes heated their homes and generated electricity with fossil fuels. Today, a majority of Danish communities have combined cooperative heat and power facilities using biomass as their renewable energy source.

The current business model has failed us. Local community ownership and control are the alternatives. Many of the required supports are in place for the first time for Northern Ontario communities to develop their own sustainable economies. Northerners have the ingenuity, courage and perseverance to make it happen.


Russ Christianson, is the president, Rhythm Communications and has helped more than 100 cooperatives in a variety of sectors.