While Canadians enjoyed a slower pace in lake country last summer, our federal colleagues have been engaged in national dialogues regarding Canadian resource development.
0
Nov 1, 2012 6:40 PM By: Steve Demmings 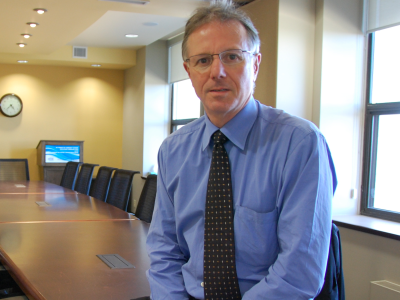 Steve Demmings is the CEO of the Thunder Bay Community Economic Development Commission.

While Canadians enjoyed a slower pace in lake country last summer, our federal colleagues have been engaged in national dialogues regarding Canadian resource development. Prime Minister Stephen Harper (on his recent annual tour of Canada’s North) and many senior federal ministers crisscrossed the country this summer. Federal representatives were conducting industry roundtables and emphasized that “every commodity that is IN or ON Canadian terra firma” is in demand today by developing countries such as India and China. This decade is being seen as an historic opportunity that should not be squandered in terms of creating new global trading relationships. Moreover, it is contingent upon us to ensure that our immense resources be utilized to maximize job creation and economic development opportunities in order that our resources can be utilized to fund social services and programs and generate economic wealth. In his stops across the country this summer, Natural Resources Minister Joe Oliver stated that “there could be more than 500 major projects equating to $500 billion in energy and mining investments over the next 10 years in the country.“

Mining is a global business. For us to realize our GDP potential, we must be cognizant that other resource-rich countries are vying for the export opportunities to developing countries. To create the spark to attract Wall and Bay Street equity and global skilled labour, Canada must develop world-class infrastructure to access remote mineral resources whether we are referring to the Plan Nord in Northern Quebec or the Ring of Fire in northwestern Ontario. That is why Minister Oliver’s Four Pillar plan for Responsible Resource Development to develop a federal process which “focuses on (1) more predictable and timely reviews, (2) less duplication in project review, (3) stronger environmental protection and (4) enhanced consultations with Aboriginal peoples,” are excellent first steps to ensure our global competitiveness. It is no coincidence that the prime minister has made two high-profile trade missions to China this far in 2012 and Minister Oliver was in Mumbai in October, where according to the Globe and Mail he “was promoting greater trade and investment in the resource sector between Canada and India.“

High-stakes posturing is being played by many provinces with resource development commanding national headlines, in particular British Columbia, Alberta, Saskatchewan, Ontario and Quebec. This past summer set an interesting stage for future negotiations regarding comprehensive long-term agreements amongst Canadian Aboriginal/federal/provincial and private sector stakeholders. The spark that will unleash Canada’s potential for job creation and investment in the mining sector is a commitment to sustainable world-class infrastructure, including highways, ports, rail and the creation of an integrated east-west energy grid that will lever Canada as an energy superpower.

The stakes are high, the opportunity is now, and the potential for social and economic renewal are immense for Thunder Bay and region, Ontario and Canada. History has taught us that whenever the North has boomed, southern Ontario (notably Queen’s Park and Bay Street) has been a significant economic benefactor. The coming economic development opportunities (owing to deposits of chromium, gold, iron ore, palladium, nickel and copper) are not just going to fall in our laps, without concerted commitments to streamlined federal/provincial negotiations. Research from the Thunder Bay Community Economic Development Commission (CEDC), forecasts that the 13 new mines expected to come on stream between 2013 and 2017 in northwestern Ontario will conservatively generate 18,000 direct and indirect jobs.

In northwestern Ontario, a leading indicator for what is on the economic horizon is best illustrated by Porter Airlines, which three years ago initiated a new airline service with three flights per day, and then increased air service to five flights per day from Toronto Island (Bay Street) to the Thunder Bay International Airport in order to satisfy growing customer demand. Another leading indicator is the regional growth of 10 assay/analytical labs which have set up shop and/or expanded in the last five to 10 years to service the mining growth underway in the region.

In speaking with CEOs in the economic development field across Canada who share the good fortune to be blessed with abundant natural resource opportunities, the refrain is the same: The future is Canada’s to lose. Hard hit economies like Greece, Portugal, Spain and Italy can only look in awe at Canada, at our future long-term potential, at our wealth in natural resources and many other blessings that we share as a country and wonder, what is not to like? It is worth remembering that, regardless of the current turmoil in global markets and the current pause in commodity prices, those developing countries which are active today in coveting Canada’s natural resources (including India and China) are not guided by short-term investment decision making but are long-term strategic decision makers for investment in Canada.