OPINION: Getting the small things right

Northern Policy Institute recently released a briefing note about how data is (or isn’t) being collected in Northern Ontario, and how this can impact our knowledge and perception of important public policy issues in the region.
0
Jul 4, 2016 6:43 PM By: James Cuddy 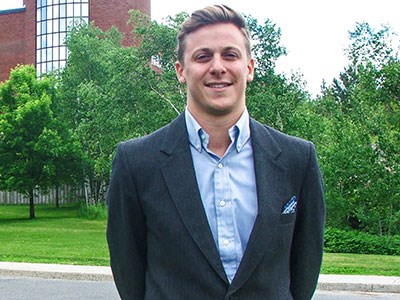 Northern Policy Institute recently released a briefing note about how data is (or isn’t) being collected in Northern Ontario, and how this can impact our knowledge and perception of important public policy issues in the region. The first part of the report focused on the perils of the 2011 National Household Survey (NHS), and the second part zeroed in on a new idea: creating a set of regional economic accounts for Northern Ontario.

As we have all heard by now, there were many issues when Statistics Canada introduced the voluntary NHS to replace the mandatory long-form census in 2011. Naturally, most of these issues stemmed from the fact that, because it is voluntary, less people responded to the survey. And when fewer people respond to the survey, Statistics Canada is more likely to suppress the data.

This is exactly what happened in many small, rural communities in Northern Ontario.

This means there was no data on the labour market, education levels, income levels, immigration, and many other indicators.

Making matters worse is that the census/NHS was just about the only source of consistent and reliable data that these small communities had access to. The NHS created a data gap in the North, and it’s not surprising that many passionately supported the return of the mandatory long-form census.

While the reinstatement of the long-form census will help remedy some issues, another data gap remains in Northern Ontario: a set of regional economic accounts. Currently, Statistics Canada publishes economic accounts for each province and territory — the idea here is that the same should be done for Northern Ontario. Yes, a region within a province.

Creating a set of regional economic accounts for Northern Ontario would formally recognize these regional differences in our public statistical reporting, leading to more informed and regionally tailored policies.

A set of regional economic accounts could include indicators such as: local, provincial and federal government revenues and expenditures in Northern Ontario; regional imports and exports; regional gross domestic product (GDP); and other macroeconomic indicators.

Right now, we have rough ways of estimating some of these indicators. In fact, Northern Policy Institute’s briefing note estimated regional GDP in Northern Ontario and found that the region’s trajectory of economic growth is fundamentally different than Ontario. In the last decade and a half, Northern Ontario experienced six years of negative GDP growth from the year before. Ontario had two years of contraction during the 2008-09 recession. This is startling because GDP is a headline economic indicator that we look at to understand how our economy is faring, and to implement informed public policies.

By not formally recognizing these regional differences in our public statistical reporting, we assume that Northern Ontario is on the same path as Ontario. And this leads to one of the biggest complaints from Northerners: that one-size-fits-all policies do not conform to the needs of Northern Ontario.

A set of regional economic accounts for Northern Ontario that monitors fundamental macroeconomic indicators will enhance our ability to understand and perceive regional challenges and opportunities, and subsequently, allow decision-makers to implement informed policy decisions in Northern Ontario. It’s worth a shot — and it’s doubtful that Northern Ontario would have a problem volunteering as the guinea pig region.

Column: EACOM president wants continued provincial support for forestry roads
Jan 25, 2019 1:26 PM
Comments
We welcome your feedback and encourage you to share your thoughts on this story. We ask that you be respectful of others and their points of view, refrain from personal attacks and stay on topic. To learn about our commenting policies and how we moderate, please read our Community Guidelines.