If your corporation receives dividends from another corporation — even a connected or related one — you may be affected by a technical change announced in the 2015 federal budget.
0
Jul 28, 2015 2:38 PM By: Laurie Bissonette 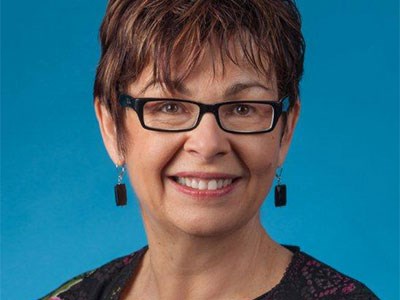 If your corporation receives dividends from another corporation — even a connected or related one — you may be affected by a technical change announced in the 2015 federal budget. Although intercorporate dividends are traditionally tax-free, this new amendment could reclassify dividends received after April 20, 2015 as capital gains, which would be subject to tax.

Generally, the payment of tax-free intercorporate dividends is a fairly common transaction. Companies often pay regular dividends to corporate shareholders (directly or to trusts which are shareholders and have corporate beneficiaries) for a variety of reasons, including: to distribute cash from an operating company; to protect against creditor actions by transferring assets to a holding company; to help shares of an operating company qualify for the capital gains exemption by transferring assets not used in operations; and as part of a share reorganization among related companies.

Under the proposed legislation, companies that receive a dividend paid after April 20, 2015 may be deemed to realize a capital gain rather than a tax-free dividend, even in the common situations described above. Appropriate planning to address this change is needed, since continuing to pay dividends as in the past could result in substantial negative income tax consequences.

For example, let’s say Jane Doe’s Manufacturing (Opco) regularly earns high income and generates a substantial amount of cash each year. Jane and a family trust own the shares of Opco, and Jane wants to ensure that, if the shares of Opco are sold and a capital gain realized, she and individual beneficiaries of the trust will be able to claim their capital gains exemptions to shelter capital gains of over $800,000 each.

The cash Opco generates each year is substantial enough that the shares may not qualify for the capital gains exemption if the cash is left in the company, so Opco pays a dividend of $100,000 or more each year to the trust, which then allocates it to a corporate beneficiary, which invests the extra cash. As that cash is no longer in Opco, the shares should qualify for the capital gains exemption. Under the new rules, this otherwise tax-free dividend could potentially be re-characterized as a capital gain, and the corporate beneficiary recipient could be liable for taxes of approximately $23,100.

There may be alternatives to avoid this result, which a professional can help you with. There are also exceptions for dividends paid from “safe income” which is generally income that has been realized and taxed in the corporation. There are certain complexities in the calculation of this income.

As a business owner, payment of dividends between companies is a very important planning tool that you may have used in the past. But, in light of these changes, you should obtain professional tax advice before making any intercorporate dividends in the future. Only with proper planning can you avoid this unwelcome surprise from the tax authorities.