Are your charity’s CRA tax filings in good form?

If your organization is a registered charity, you must meet the Canada Revenue Agency’s (CRA) requirements to maintain your charity’s registered status so you can provide your supporters with tax receipts for their donations, among other reasons.
Apr 2, 2013 6:40 PM By: Laurie Bissonette 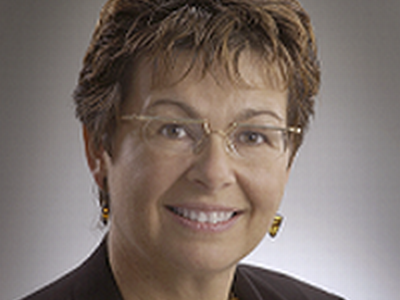 If your organization is a registered charity, you must meet the Canada Revenue Agency’s (CRA) requirements to maintain your charity’s registered status so you can provide your supporters with tax receipts for their donations, among other reasons.

You’ll need to be aware of recent changes to the CRA’s reporting requirements when you’re preparing your charity tax return for 2013.

The CRA publishes a guide for filing charity tax returns, just like it does for filing corporate or personal returns.

This revised information return must be used for reporting charities’ fiscal periods ending in 2013 or later (i.e., on or after January 1, 2013).

The 2012 federal budget noted that a charity is allowed to engage in political activity as long as the activities represent a limited portion of its revenues, are non-partisan, and are ancillary and incidental to its charitable purposes and activities.

The government stated that it was concerned that some charities were exceeding these limitations. Further, the government noted that there was no requirement for a charity to disclose the extent to which it receives funding from foreign sources for political activities.

Consequently, the CRA is allowed to suspend the tax-receipting privileges of a charity for one year if it exceeds the limitations on political activities.

Also, the CRA can suspend the tax-receipting privileges of a charity that provides inaccurate or incomplete information in its annual information return until the charity provides the required information.

The registered charity information return has been revised to take into account these new legislative requirements for charities to provide additional details about their political activities.

The new Form T3010 (13) must be used only for fiscal periods ending on or after Jan. 1, 2013. You’ll need to make sure you have processes in place so you have the information required on this form for 2013 and later years’ tax filings.

Your charity’s dedicated employees and volunteers undoubtedly work many long hours towards your cause. Taking the time to make sure you “do it right” when you report to the CRA will help them continue to do their good works.

Also keep in mind that meticulous donation receipting will assist your charity in its efforts to help your donors by providing tax receipts when they help you.

OPINION: COVID-19 recovery – evolving for the long-term
Jun 16, 2020 8:00 AM
Comments
We welcome your feedback and encourage you to share your thoughts. We ask that you be respectful of others and their points of view, refrain from personal attacks and stay on topic. To learn about our commenting policies and how we moderate, please read our Community Guidelines.